You can travel to Wellington and never know that Wellington has secrets. You can even live in Wellington for a year and never know it. I guess most of the working holiday visa travellers or just travellers don’t really care about that and if they don’t pay attention enough, they will never discover it either. For me, knowing the little secrets of the towns I live in is very important. It makes me feel like I have been here forever, that I belong here. I am so glad my roommates told me about one of the Wellington mysteries. 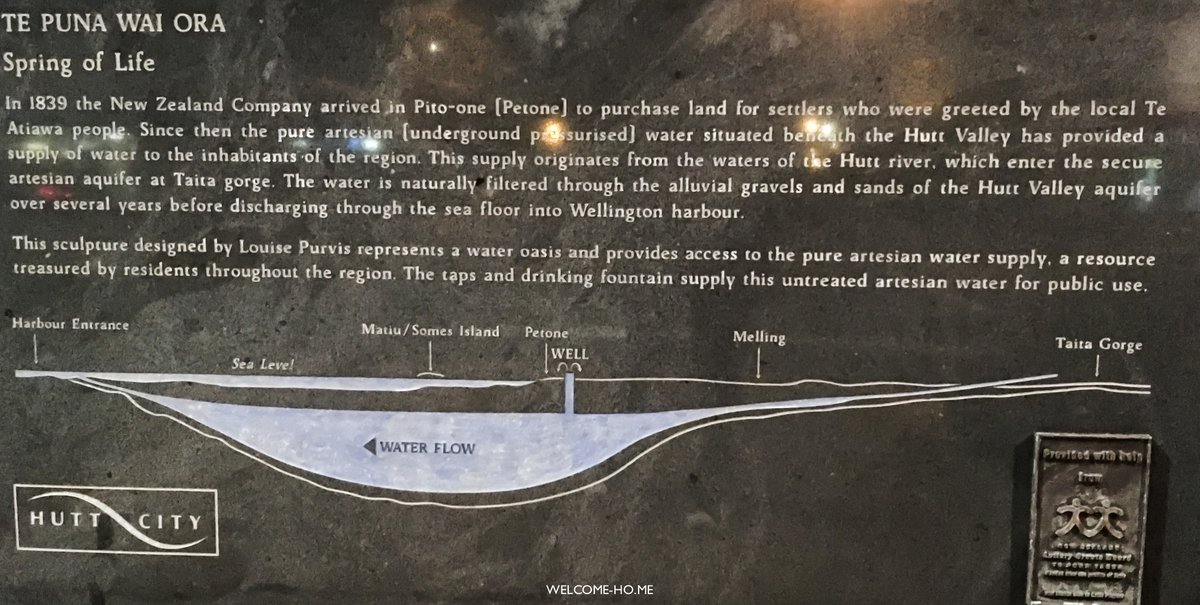 My roommates are very attached to be careful about what they eat and drink. They want to be organic and leave the less trace on the planet. You can easily guess they are vegetarian too. I have to say that I didn’t really minded what I was eating before but they kind of are getting to me. Especially when they told me about this water fountain of Petone. I love secrets like that.

It is not a secret that in New Zealand there are a lot of earthquakes. Since we have been there, there have been three we could feel (more than 3.5 on Richer’s scale). A few years ago, there has been a big one in Wellington (2013). And it will happen again. It is a bit like in San Francisco where they are waiting for “the big one” since forever. 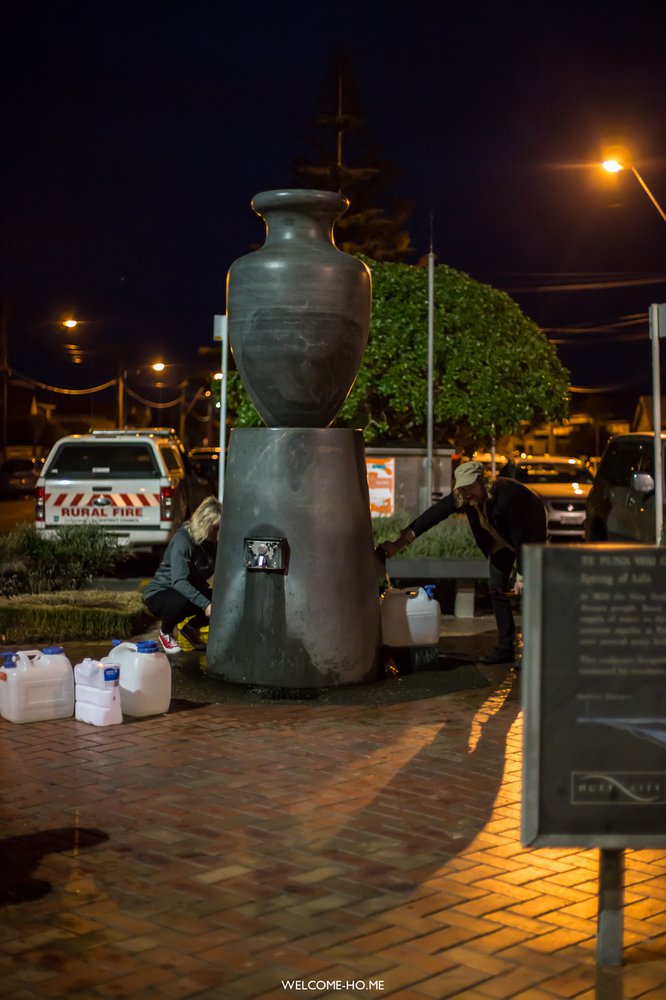 As we had those three earthquakes in three weeks, everybody is thinking what if the next one is bigger? Water and food will be a problem. I met a few people that also prepared in case of an earthquake by buying ‘easy food’ in cans. Earthquakes were part of our decision to go get some water so we won’t run out. We could have gone to the supermarket and buy some water bottles. But why do that when a better water is running on the streets, 10 minutes away by car?

We grabbed three 23L containers and went to Petone. You can easily get there by train. Petone is part of the Wellington Area. A lot of jobs are there. Yes it is not Wellington CBD (Business district) but there is a lot to do there too. Restaurants, shops. And in the middle of the main street, the water fountain. 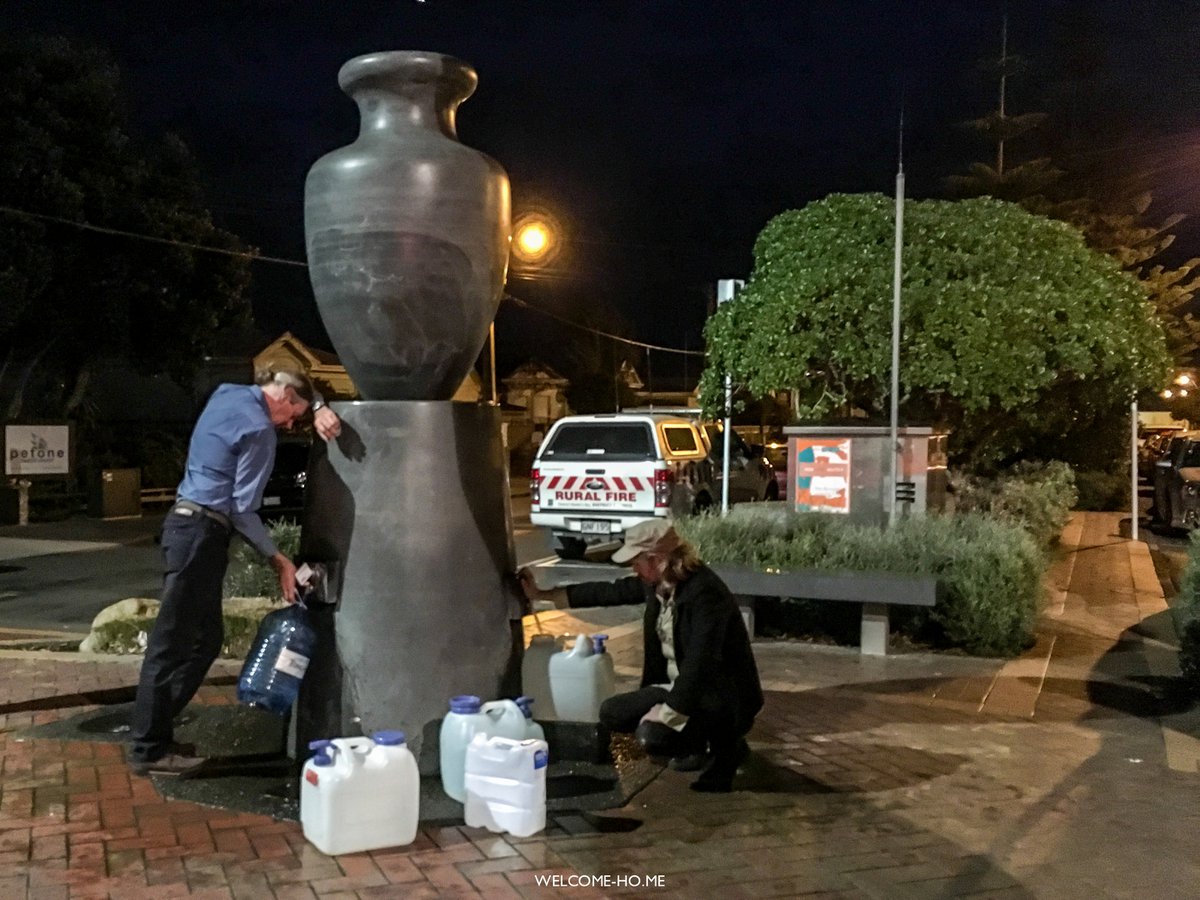 People of Petone wanted to celebrate the quality of their tap water and this is why there is now this fountain in the middle of the street.

I never expected people to actually queue at 8PM to get water. We were not the only ones thinking about it. For some reasons it made me think of the story of the Jouvence Fountain in the greek mythology. For information, the Jouvence Fountain was supposed to give immortality and youth to whom drink the water.

I stop you right know, a lot of people will make fun of this and say it is just water and yes, it tastes like “normal” water but it contains a lot of minerals and good things for our bodies. It is not just a question of tasting it. 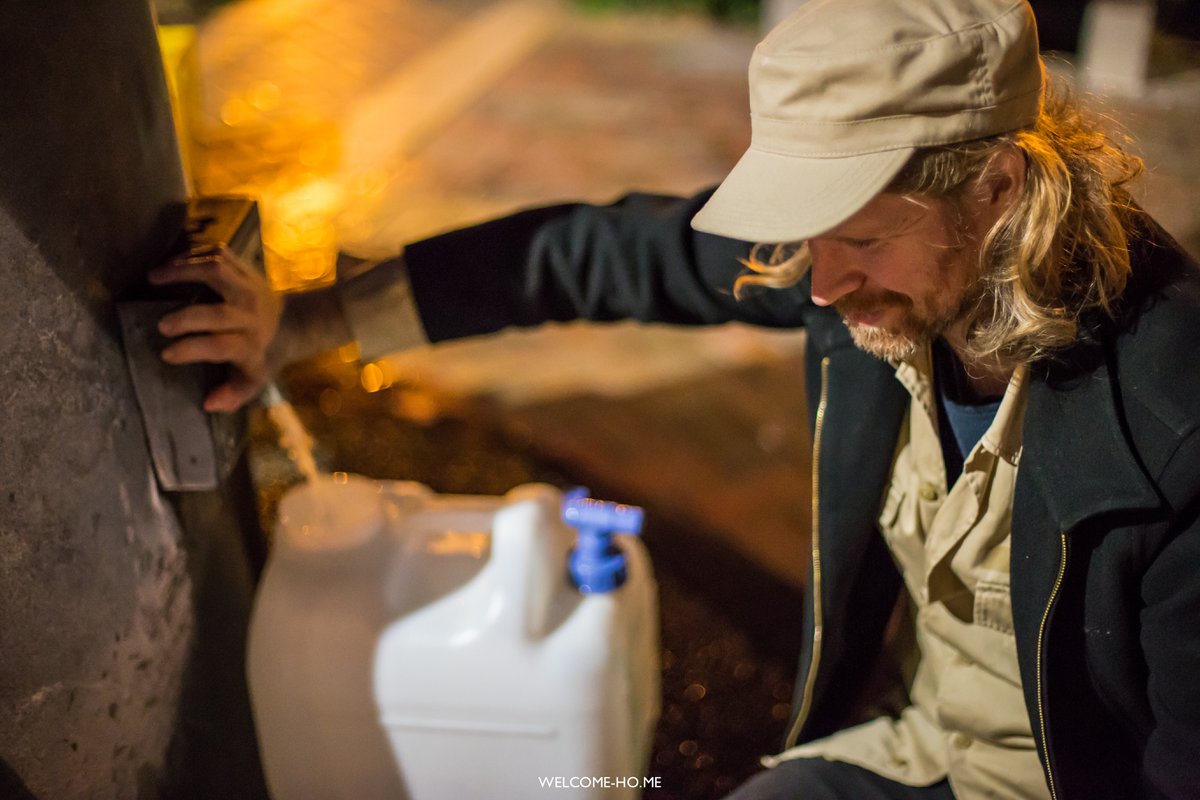 Curious about this water? Get in a train and go to Petone! It is free, close to Wellington and a nice adventure for a uneventful day 🙂 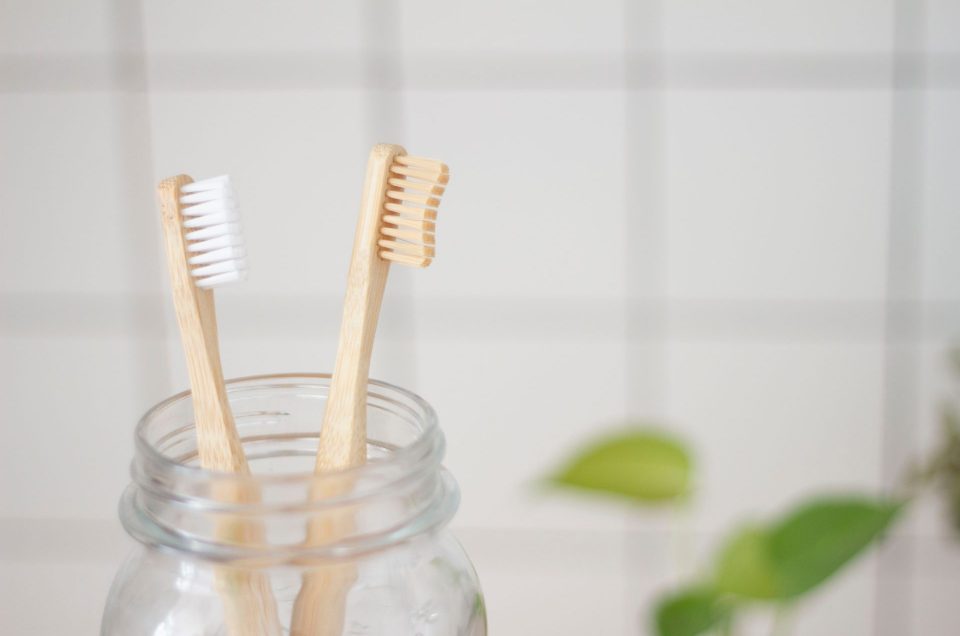