Driving in Norway, the guide

I wasn’t really aware of it before leaving for my road trip across Norway but I was going on a trip that will challenge me far more than I expected. When I closed the passenger car door, I felt like an explorer going on the biggest adventure of its life. I have been waiting, planning, thinking about this trip for three months. Maybe three months does not seem a lot though it was a big part of what made me want to wake up every day. Once you start travelling, it is difficult to stop.

I was going on this journey with my boyfriend and one of our friends from Montréal who is Swedish. We planned a two weeks and a half road trip across Norway, stopping on the way in other European countries, including Sweden to leave our friend home.

I decided to split this article in three parts as it is quite long. The first part will cover from my home town to the end of the Kjeragbolten hike, the second part will cover from the Trolltunga hike to the end of the Via ferrata in Loen and the last part from The Geiranger Fjord to the way back home. In the last one, there will also be the budget you’ll have to consider while doing a road trip in Norway.

(In this article will be the points in green)

Day #1 — From France to Amsterdam 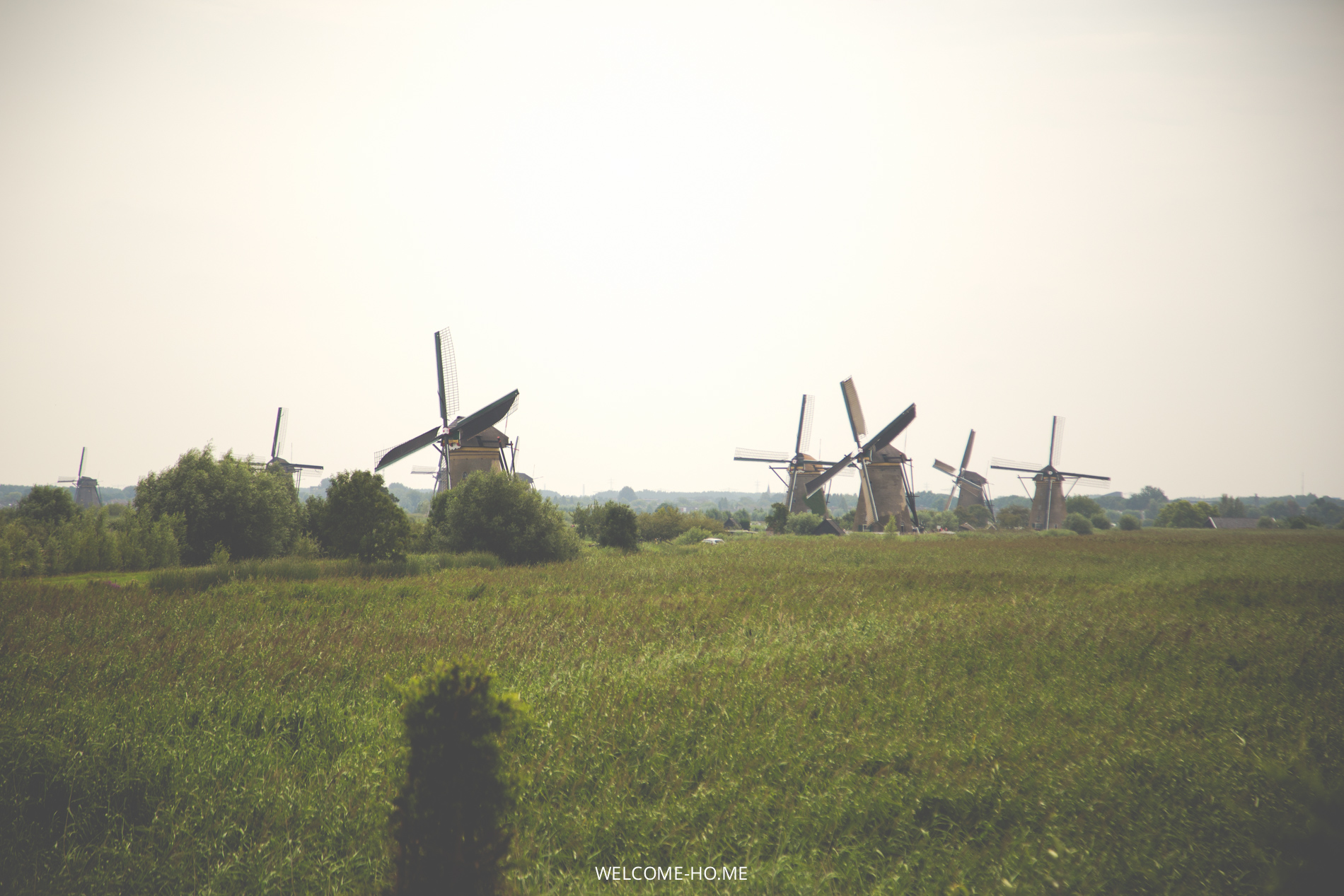 We left early on the first day in order to arrive around lunch time in Amsterdam, our first stop. It was a seven hours drive with a stop at Kinderdijk, a windmills land near to Amsterdam. It is not the most famous spot to see them although there were a lot of people biking around and visiting them. We just wanted to see the windmills, not visit them. We just stayed for half an hour in order to eat looking at them before getting back on the road. 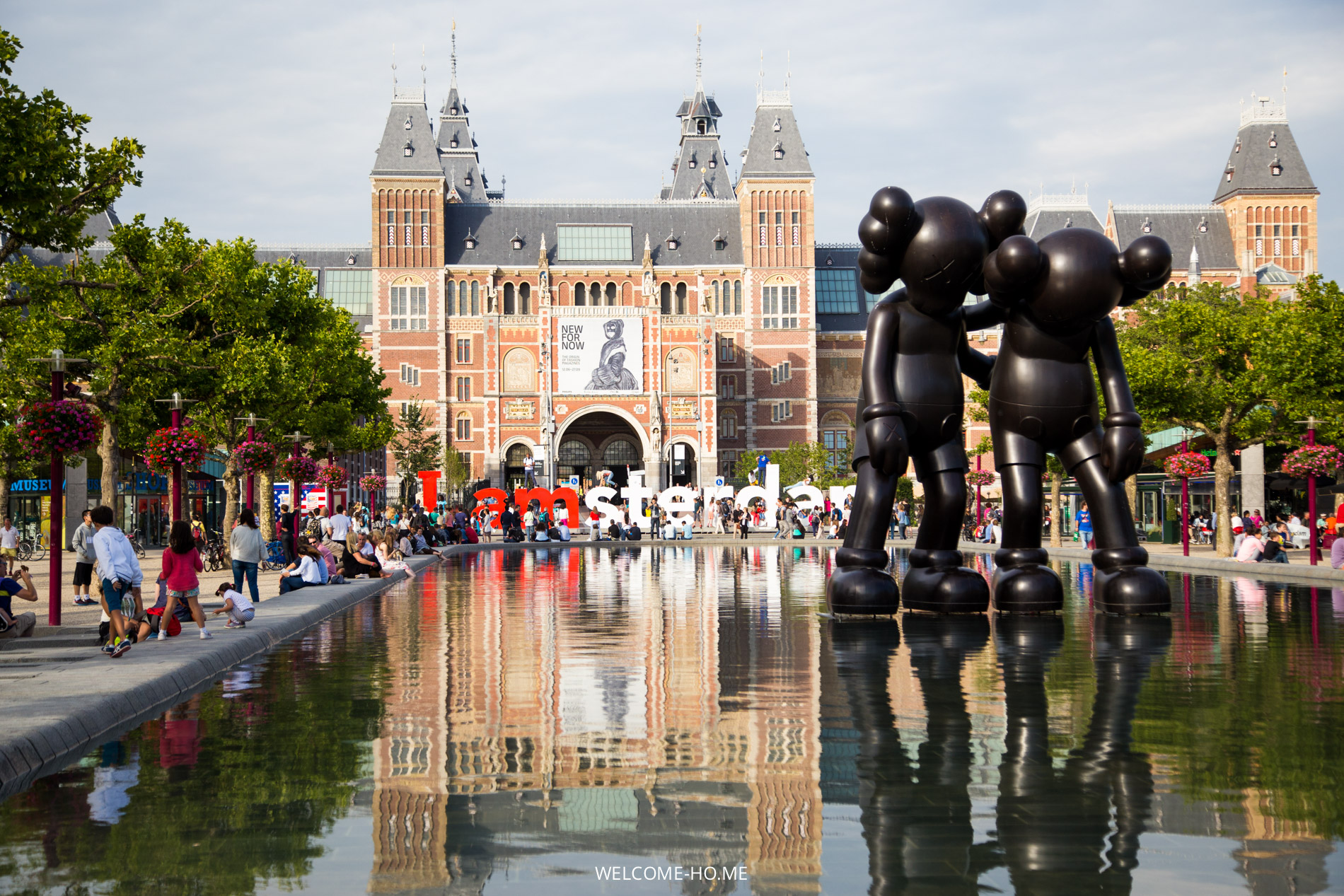 Amsterdam was our first real stop. We couldn’t drive all the way to upper Denmark in one day. That is why we decided to visit this city my boyfriend and our friend never went to before. I have been to Amsterdam twice already but I was under ten each time so my memories of it were quite blurry. I remember going to Anne Frank’s house because I did, twice, and each time it I had the same feeling: I was shocked and claustrophobic. When you read the book, you imagine the space as small, but I never thought it would be that small. I felt sad, maybe a bit responsible for what happened to them even though I wasn’t even born at the time. I also remember all the bikes and the mess it was in front of the central station. But basically, that was it. 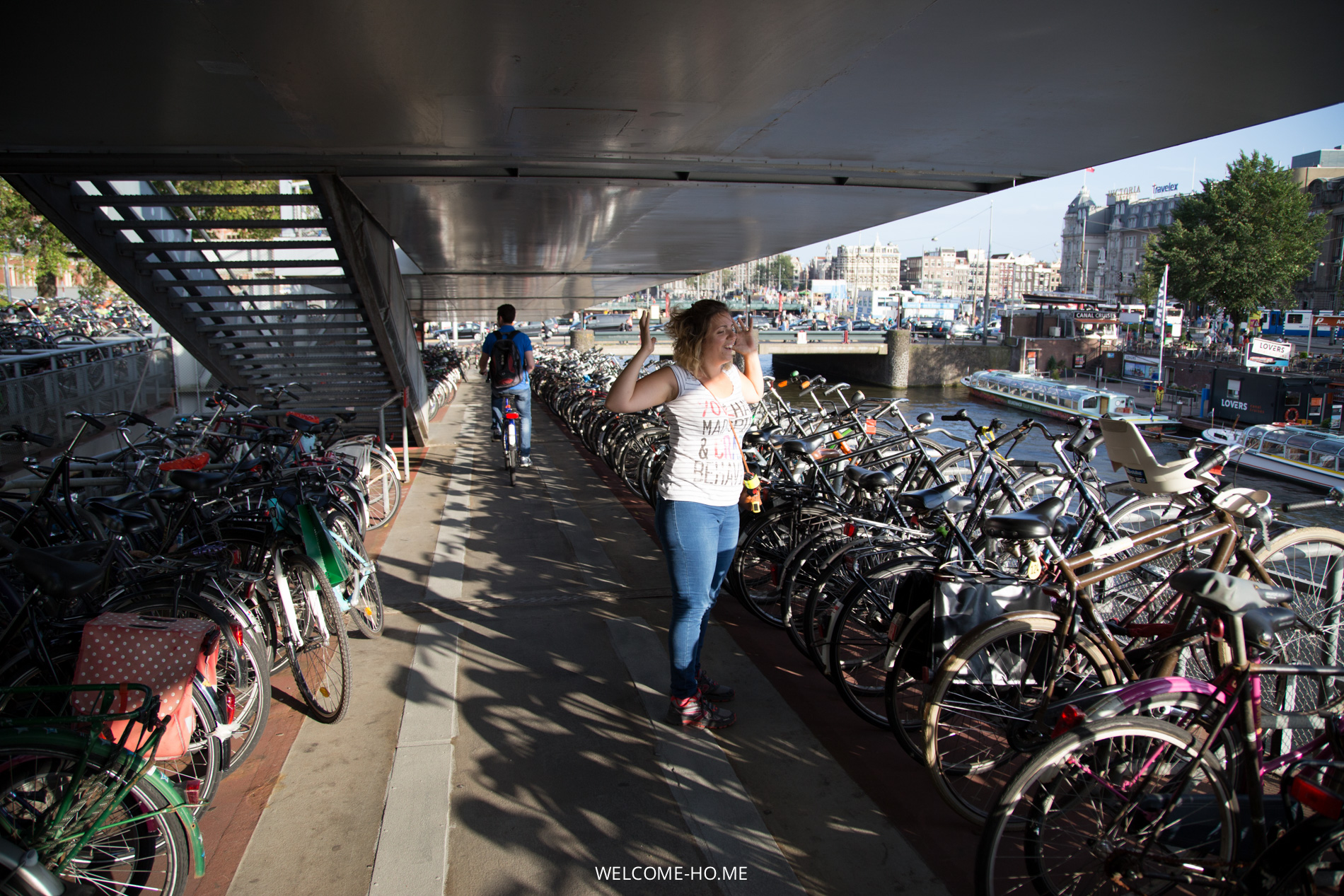 More about our Amsterdam stop in this article.

We visited the afternoon and stayed with a friend (Thank you Sachin for having us! I will wait for you in Normandy :)) for the night before leaving at 7AM to get back to the car. We hit the road around 8AM (time to pack again and put back the bikes on the roof).

Day #2 — From Amsterdam to Kristiansand (Norway) 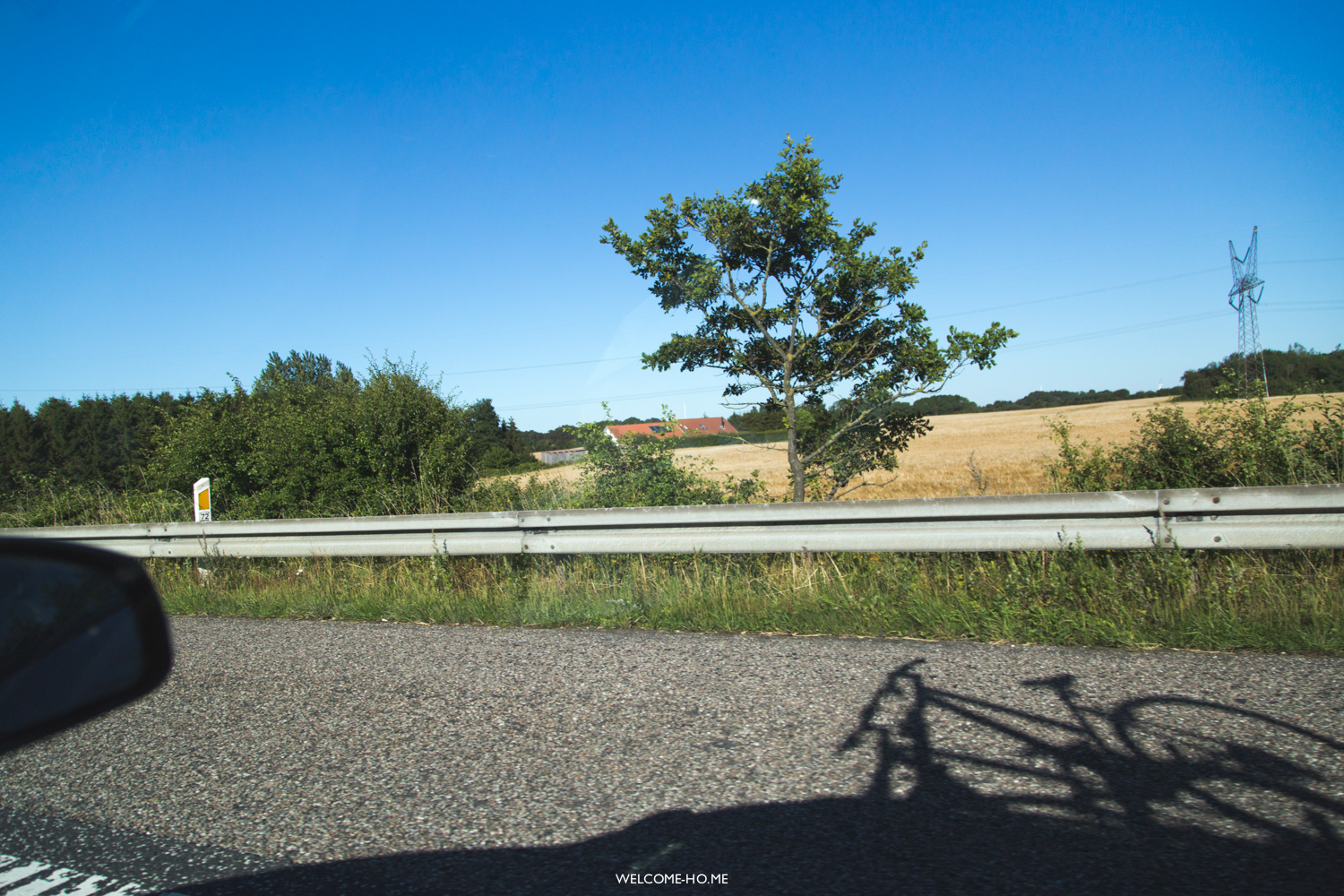 Straight to Denmark. We did not stop on the road except to fill up the tank and for eating. The boat we were supposed to take left at 11PM. We arrived in Hirtshals around 7PM and discovered that this town, was a ghost town. It is not a joke. At 7PM, there was NOBODY in the streets, almost all the shops were closed (don’t think that there is a lot of shops, but still), and the sun was starting to go down. We needed to find some food to buy for Norway (because food is expensive in Norway) and we had trouble finding a supermarket. 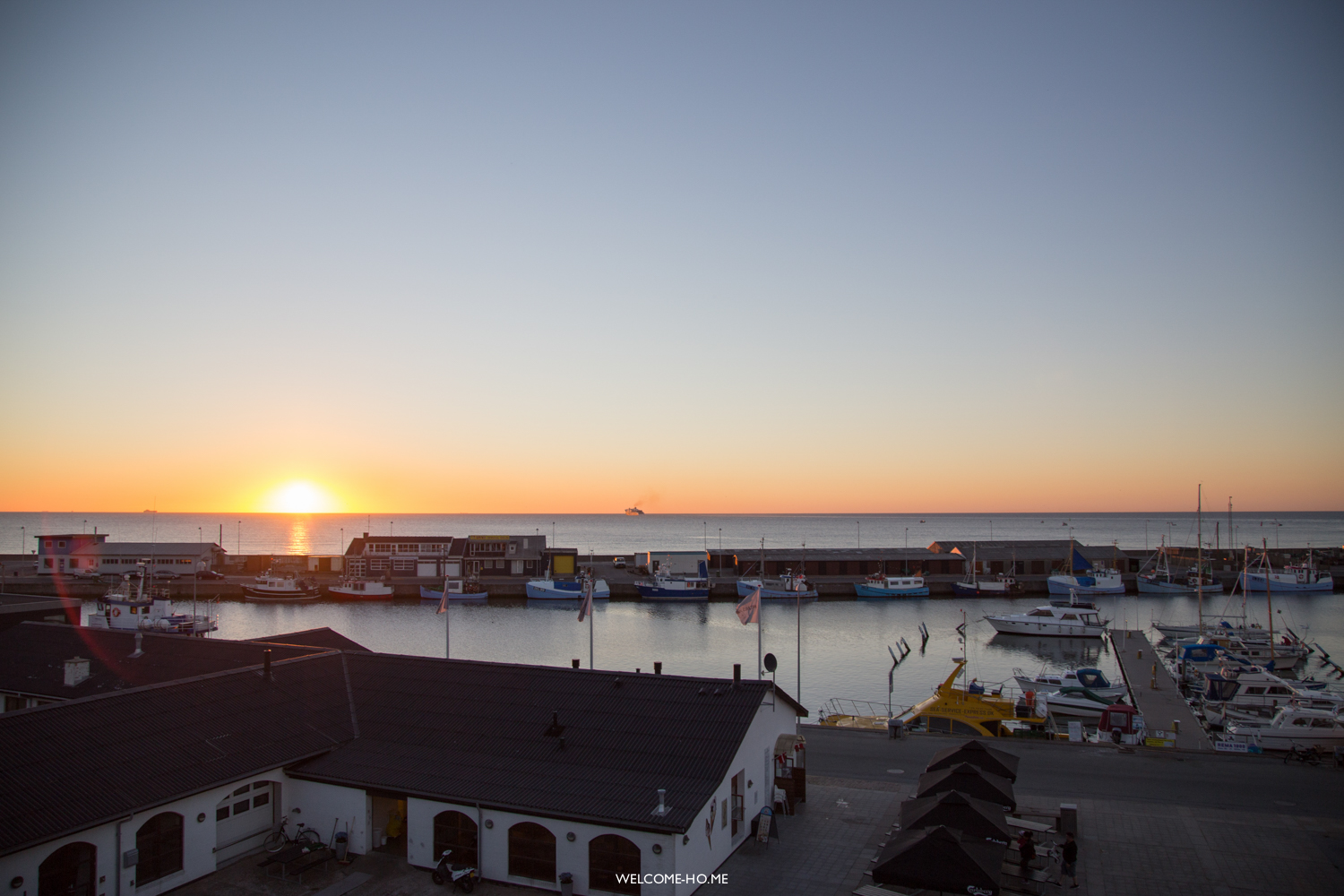 Anyhow, we learned afterwards thanks to a friend of mine that 50 minutes away from Hirtshals was a town called Skegan that is famous for its seas. In facts, it is a place where two sea meet. If we had known we would have gone! Instead of staying four hours in a town, eating in the only opened restaurant. Well, we saw a ceremony where they took the flag of the city down. 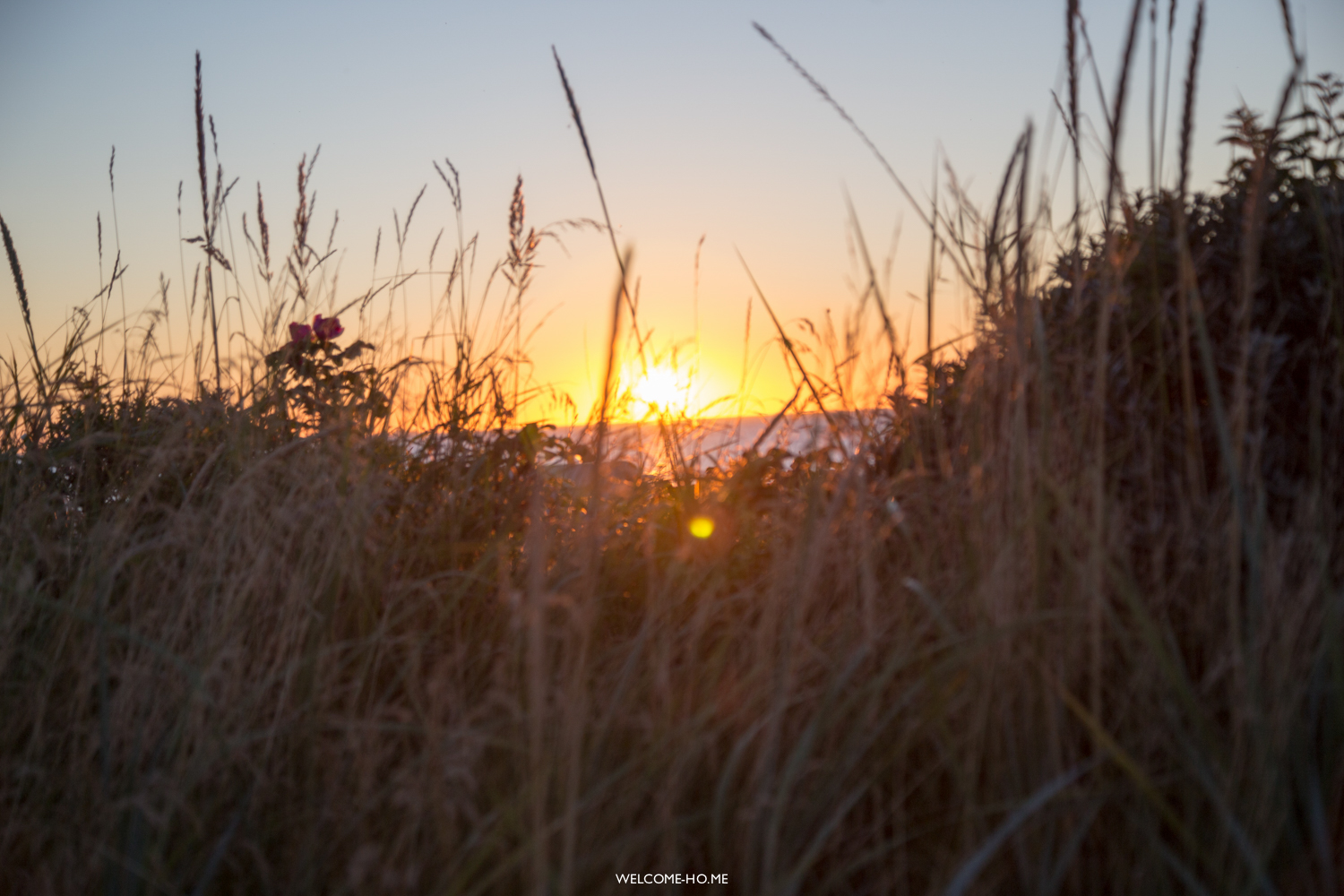 We took the boat from Hirtshals to Kristiansand at 11:30PM with no one even looking at our ID card. That was a strange feeling to know that you could go from France to Norway without showing your ID card, not even once. On board, I tried to take pictures of the night sky but the boat had lights all over outside… After few tries I had to resigned and went inside. The crossing was around 3 hours and it cost 130€ (100€ without cancel insurance) for three people and a 4m high car.

We arrived late in Norway and took the road as soon as we reached the coast. We slept at another friends house near Kristiansand (Thank you soo much for hosting us. I hope you will enjoy the rest of your stay in Norway!) and went back on the road at 9AM. We had a long day ahead of us.

Day #3 — From Kristiansand to Lysbotn 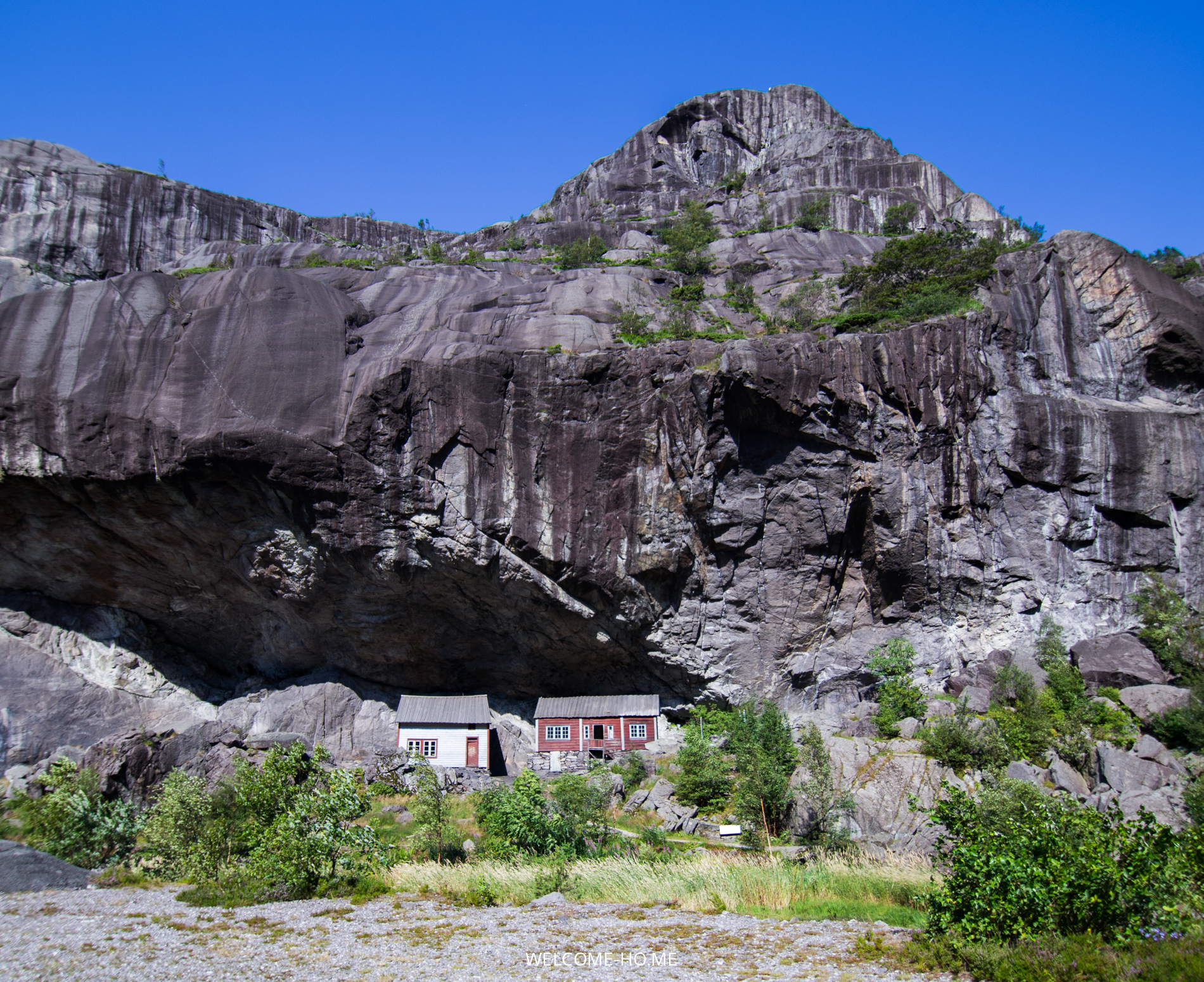 When you are doing a road trip accros Norway (the south), you HAVE to go through the 44 Road. It’s a road that goes along the coast from Flekkefjord to Stavanger. It is supposed to be one of the most beautiful road in Norway. From all the road we have taken, it was not the most beautiful but it was definitely in top 5! There are some few stops to make on the way, starting with two houses hidden under a mountain. There is also a small town that is on most of Norway touristic guides: .  And next to Stavanger, you will find a small beach with three big swords.

Check out this article about the road 44 and the interesting spots on the way.

As we wanted to do the Kjeragbolten hike first, we slept at the Lysebotn Camping. If you want to start early the hike you don’t have that many choices. Either you sleep near Stavanger and take the first boat (but arrive after 8AM), either you sleep in Lysebotn. Lysebotn is a very small town with one camping in front of a HiHostel. The youth hostel is much more expensive than the camping of course. 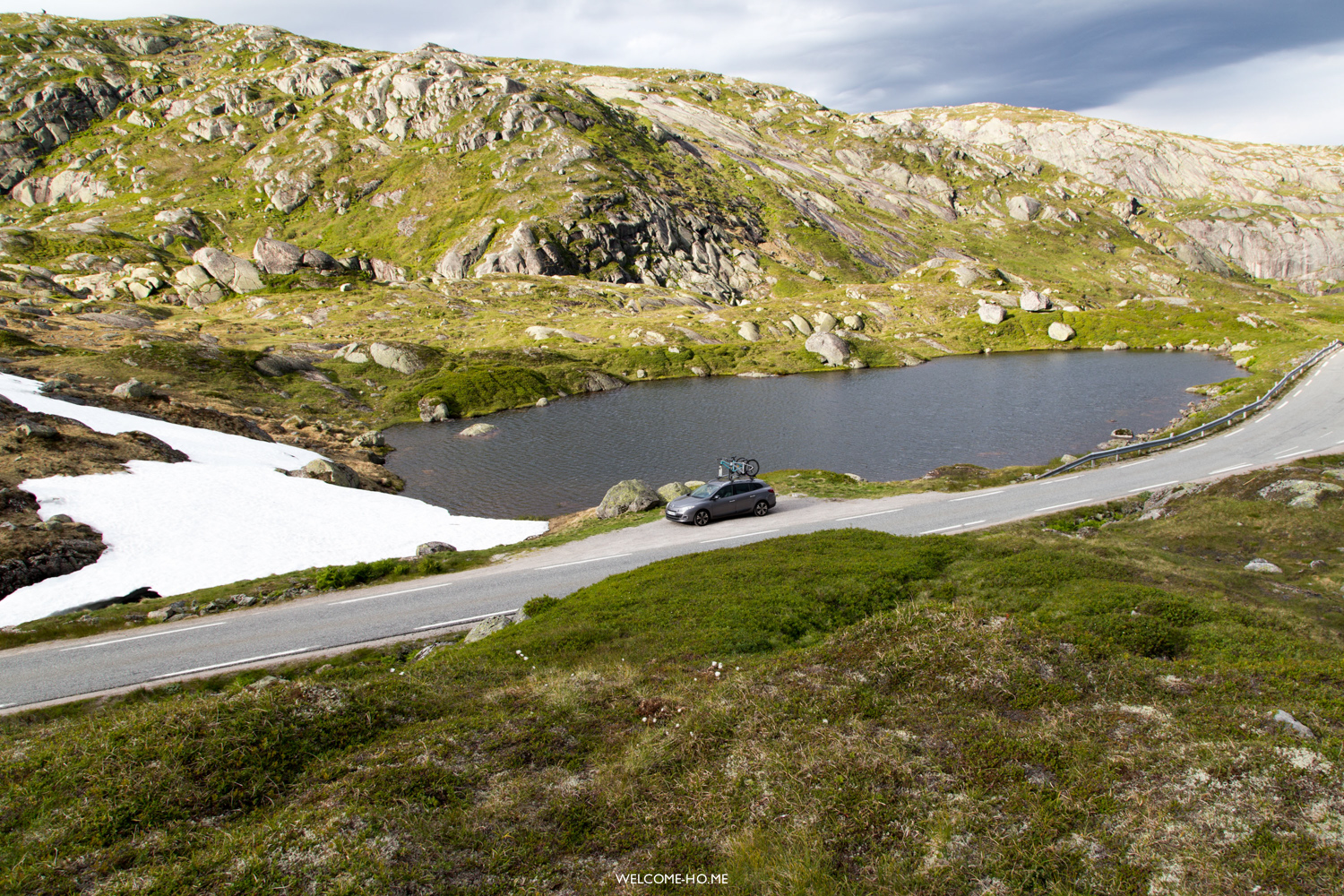 We spent a nice evening with a beautiful sunset and went to bed quite early because we wanted to start the hike at 7AM and we needed to pack the tents before leaving. The night was AWEFUL. A lot of wind, a lot of rain. We thought the tent was going to fly away at some point. 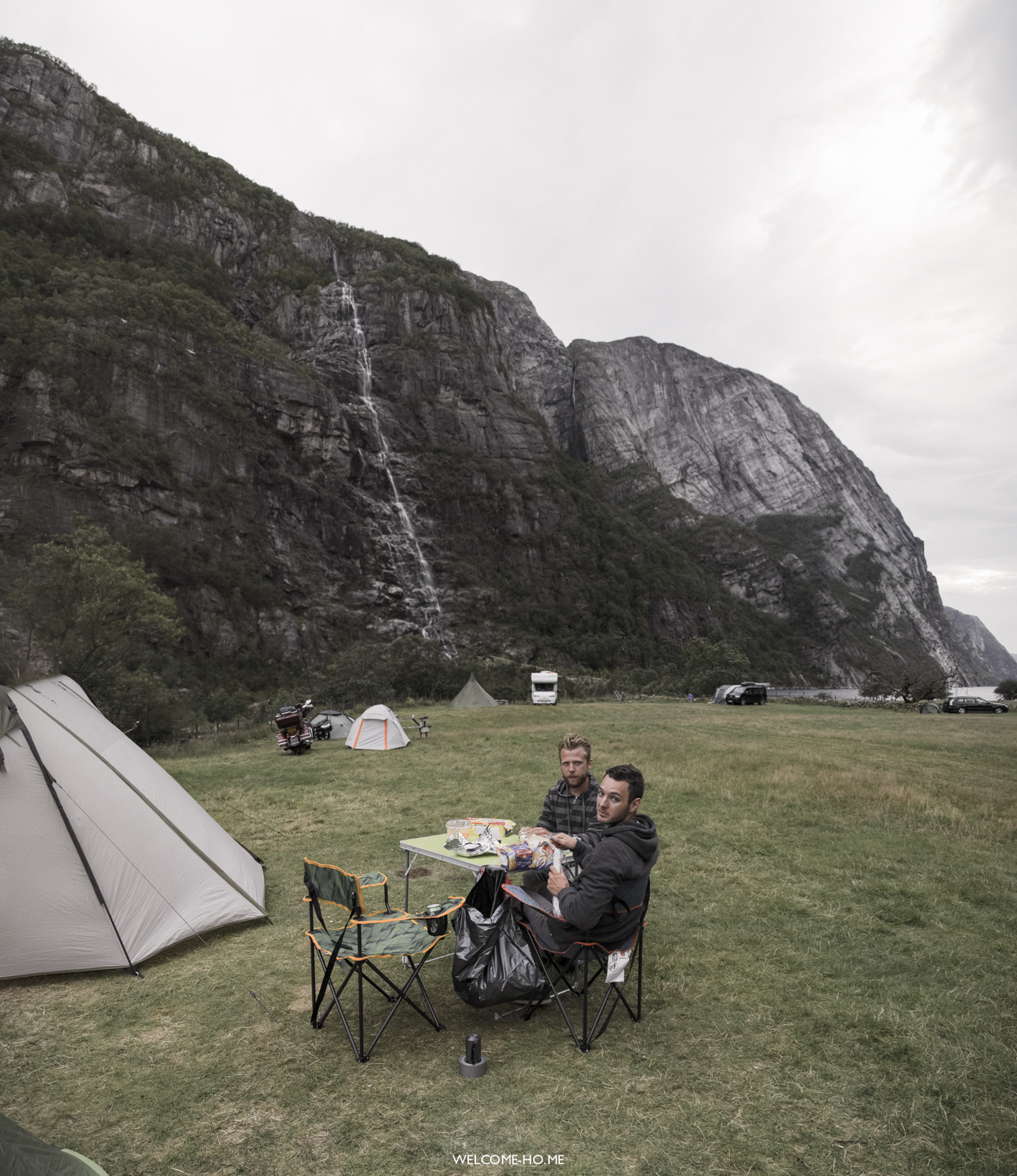 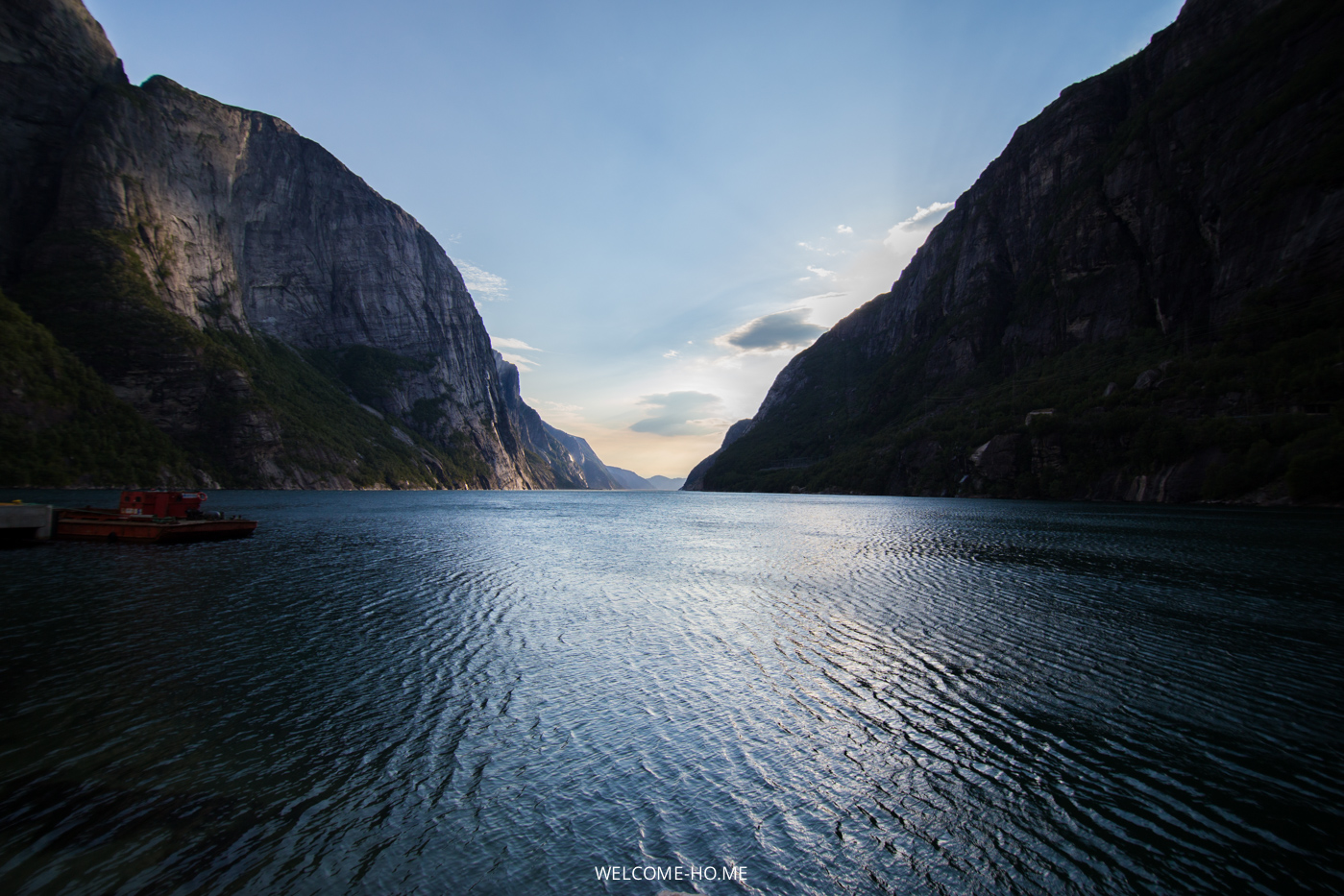 If you have to remember one advice: Check the weather the day before your hike. It will save you a LOT of time and trouble. You will be able to change your plans more easily. 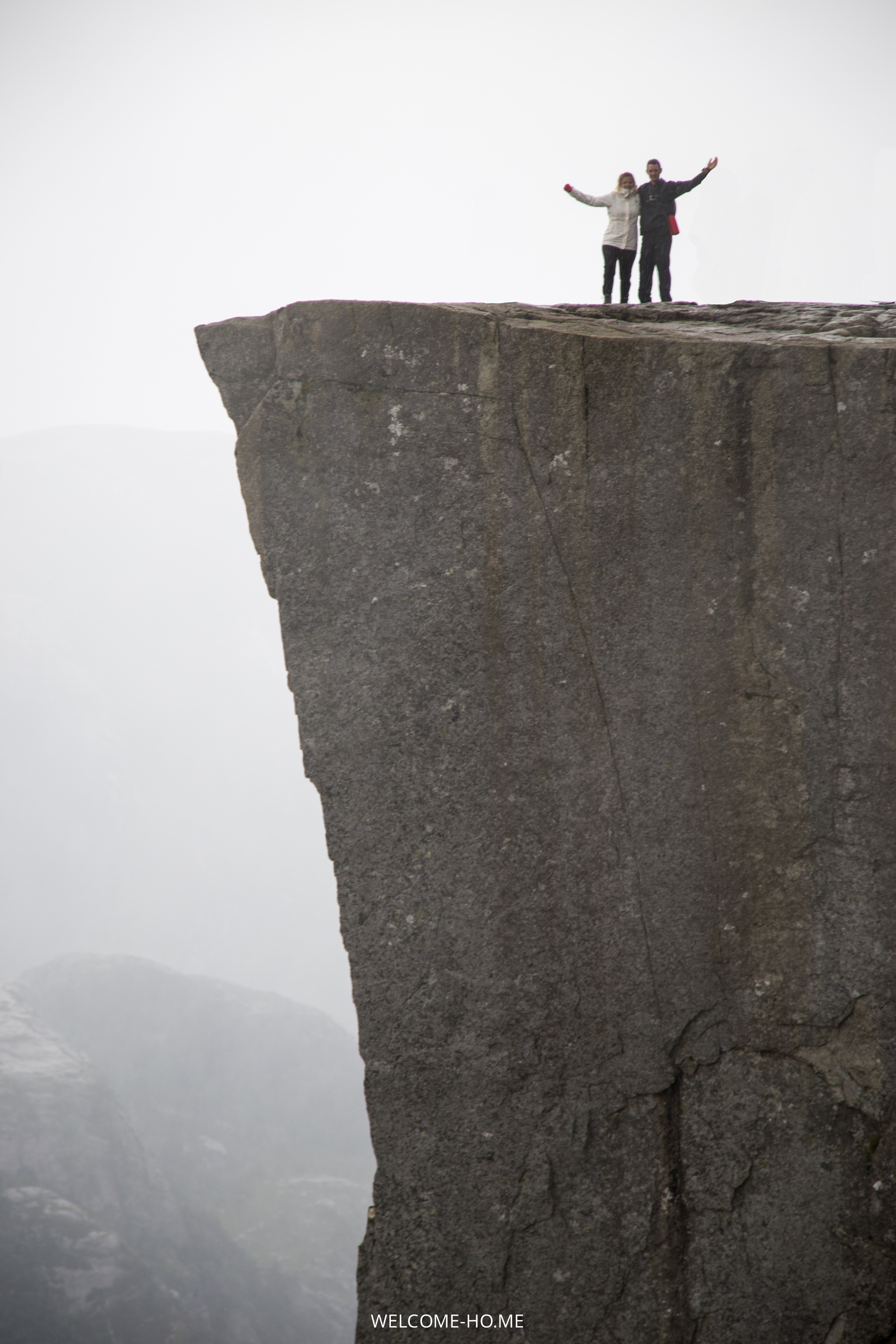 In facts, the Kjeragbolten hike is quite dangerous when it is raining and when there is wind. Sometimes it is even closed. When we woke up, it still was raining but we didn’t want to spend all day not doing anything. We decided to go see if it was ok to do it. At the parking center, we asked the information guy that told us it would be better to come back on the next day. 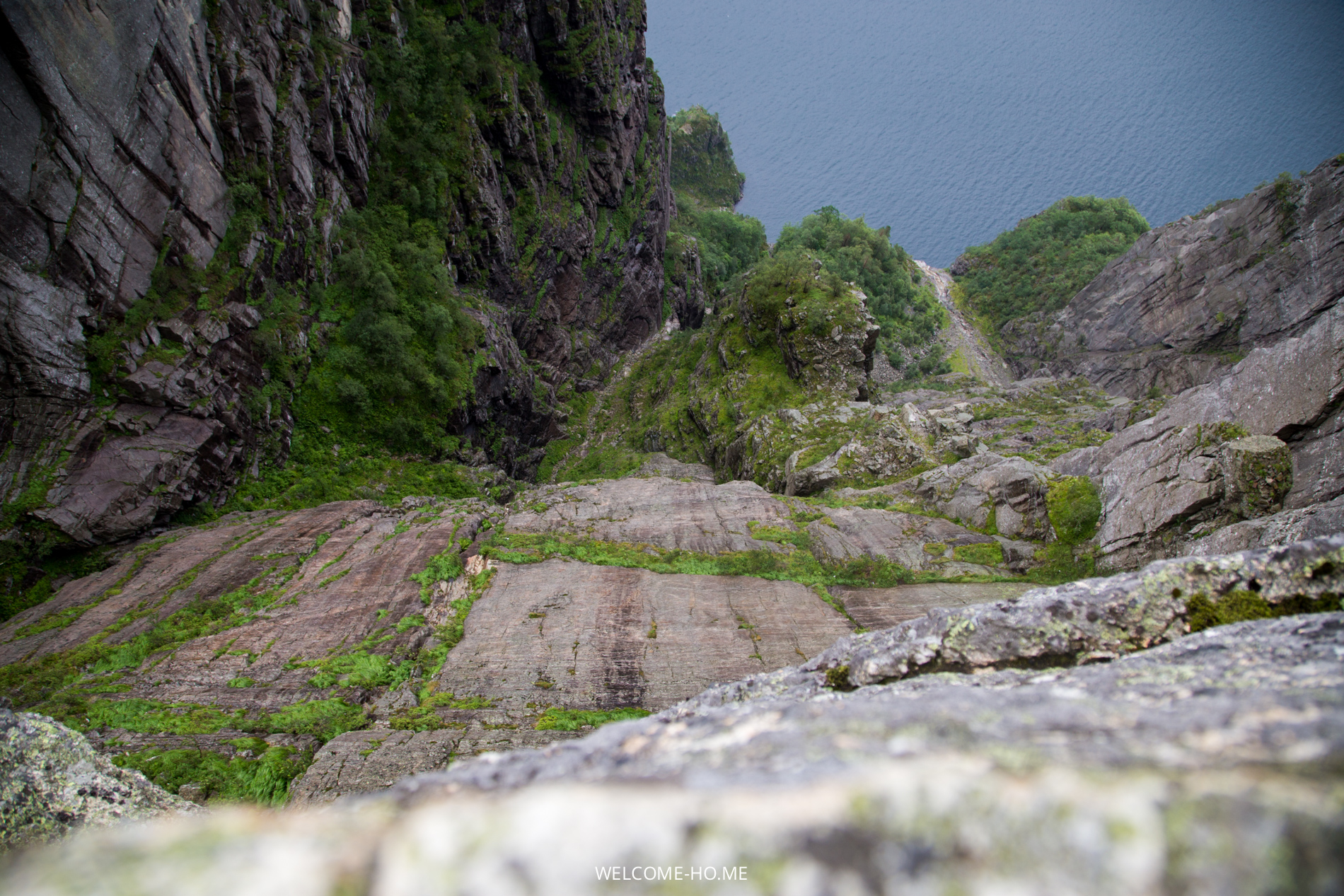 This was our mistake. We should have checked the weather before going to the camping. Anyways, we had no other choices: Stay at the campground and get bored or go do the Preikestolen hike. It was two and a half hours away and we had to go back by the same road we came the day before.

We arrived at the Pulpit Rock parking around 11AM. Let me tell you one thing: It was raining as hell and there already was a LOT of people.

If you want to read the whole experience on the Preikestolen (or the Pulpit Rock) click here. 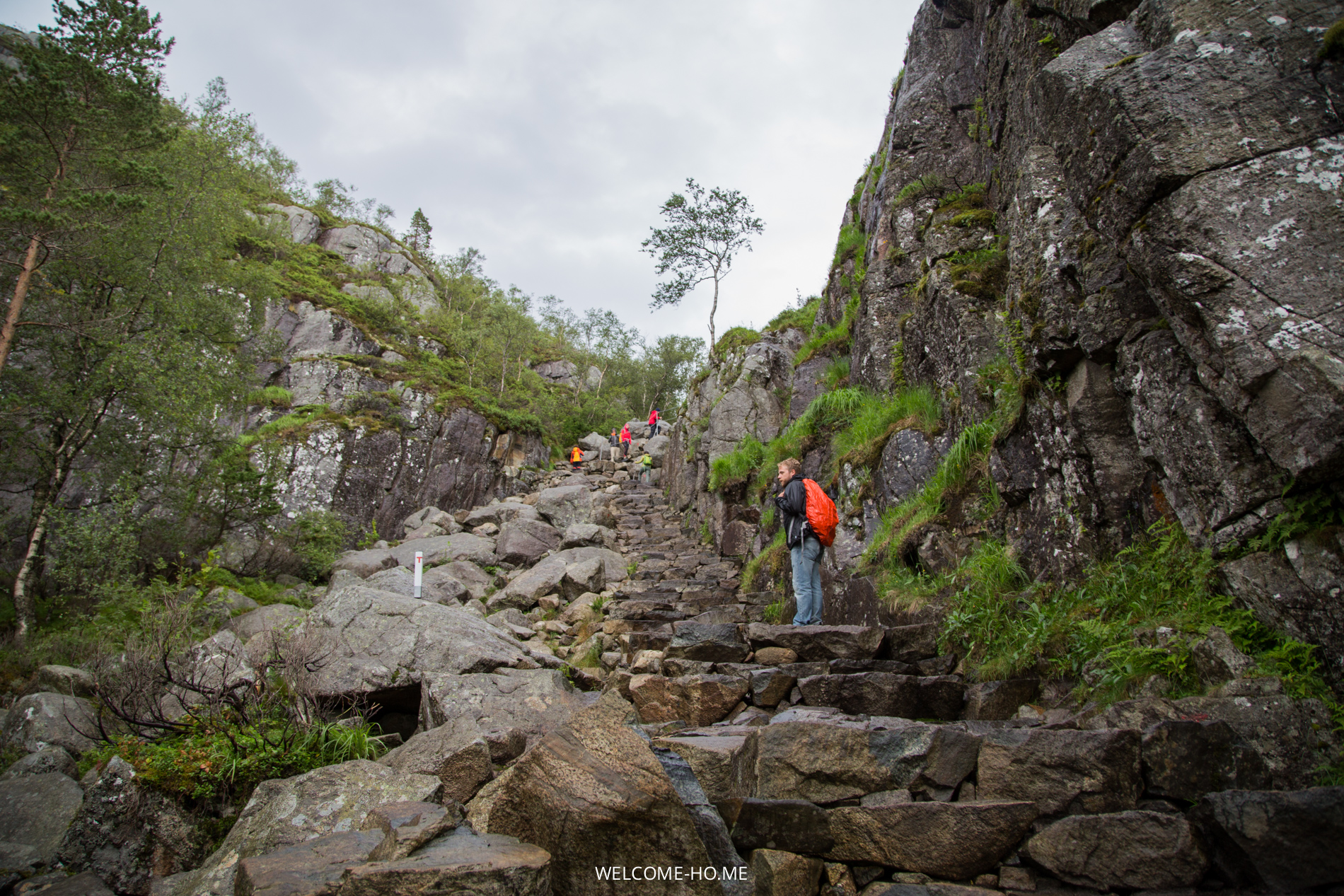 We ended the Preikestolen hike around 4PM. We still wanted to do the Kjeragbolten one so we went back to Lysebotn for the night. On the way to there, we stopped at a waterfall. We needed to hike a bit to see it and as I was exhausted and cold because of the rain during the hike, I decided not to go (we didn’t knew how long it was going to take) but the two guys went. It took half an hour to go to the view point. 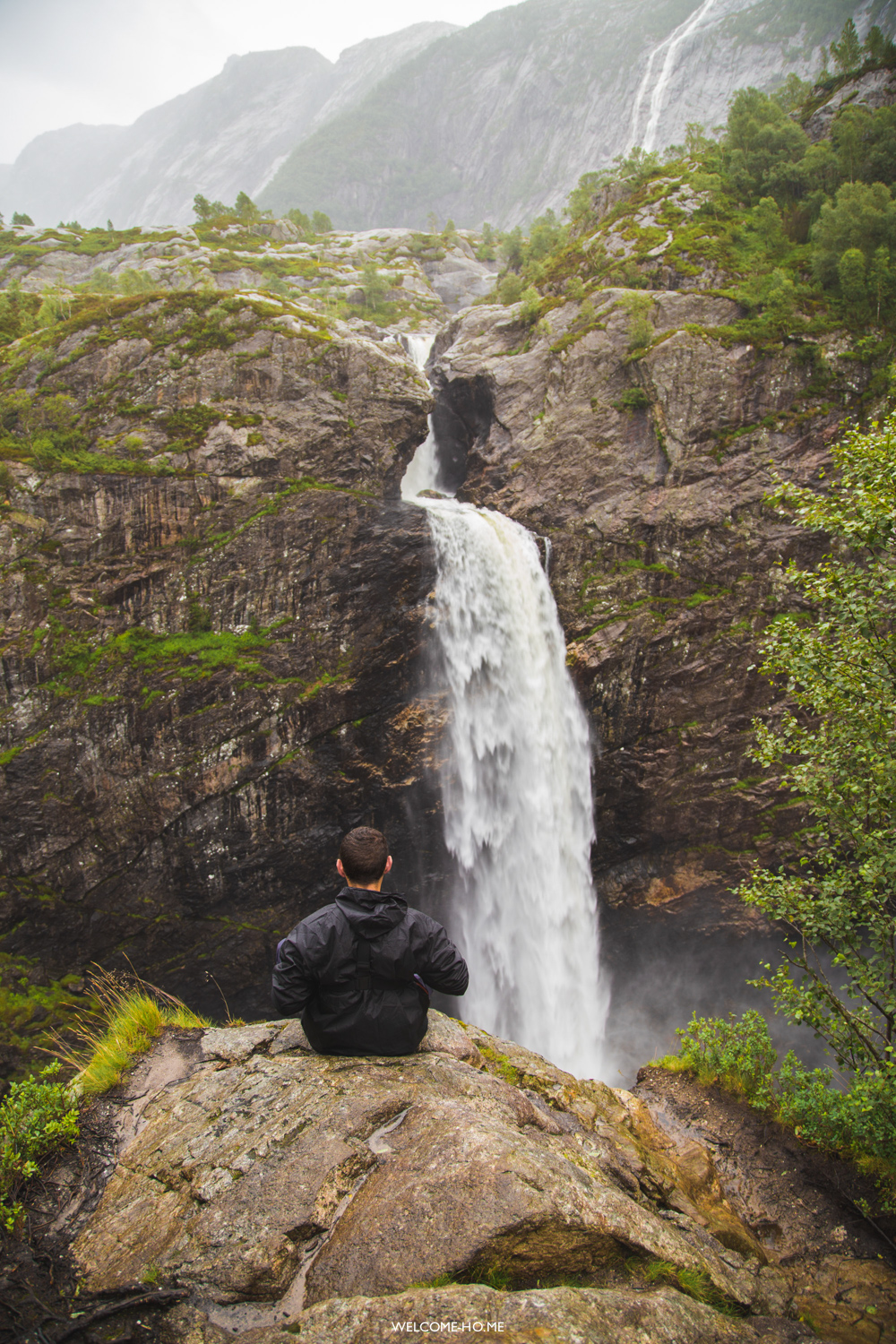 As it was still raining and windy, we decided to sleep at the HiHostel that is in front of the camping. This way we could dry our tents and our clothes and sleep better before the big hike of the day after. (100€ for three)

The next morning, we woke up around 6:30AM in order to check the weather. It was still raining… Though, we packed and went up to the parking of the Kjerag hike to see if people were going and get the last updates about the weather.

Day #5 — The Kjeragbolten Hike (Or Kjerag) 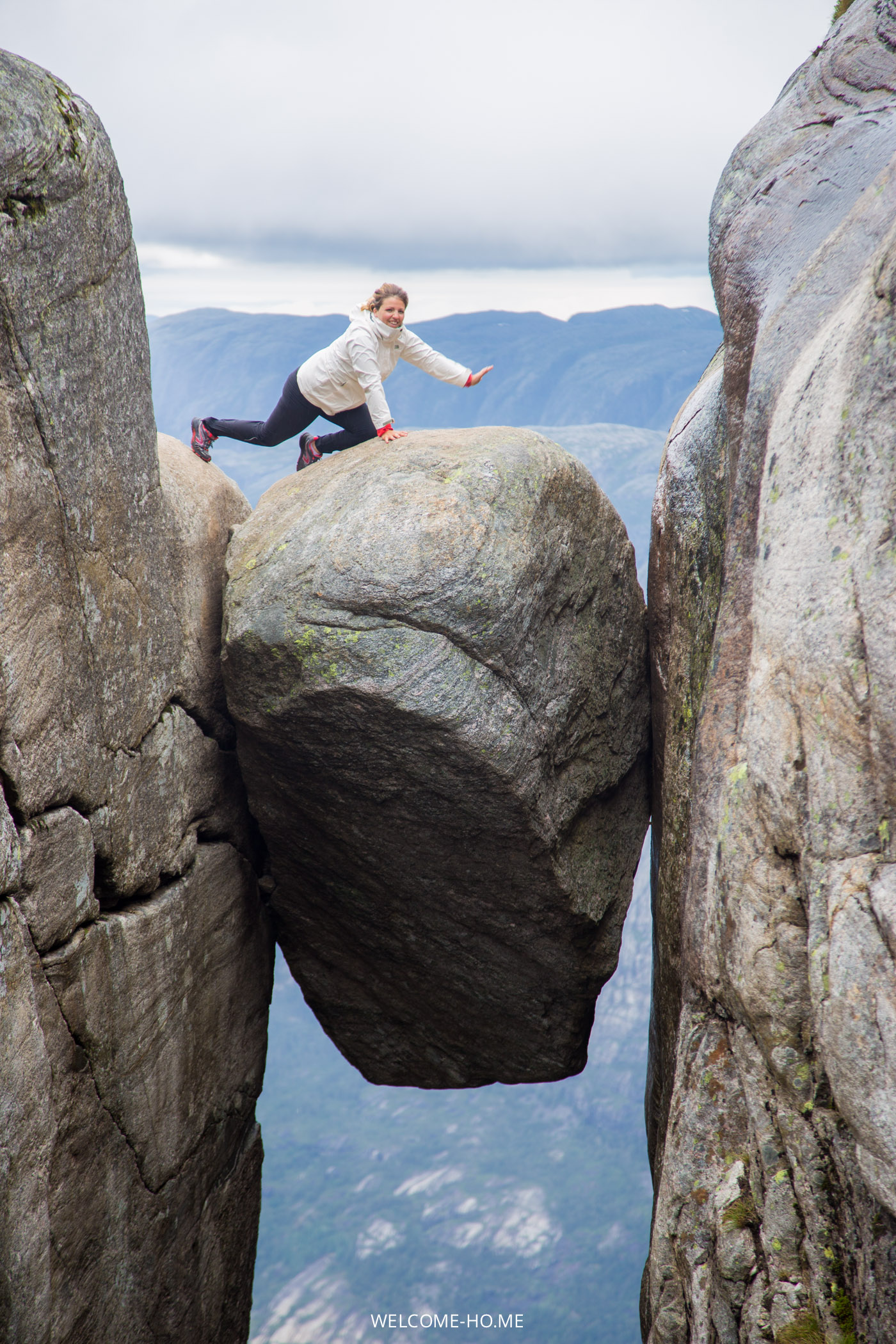 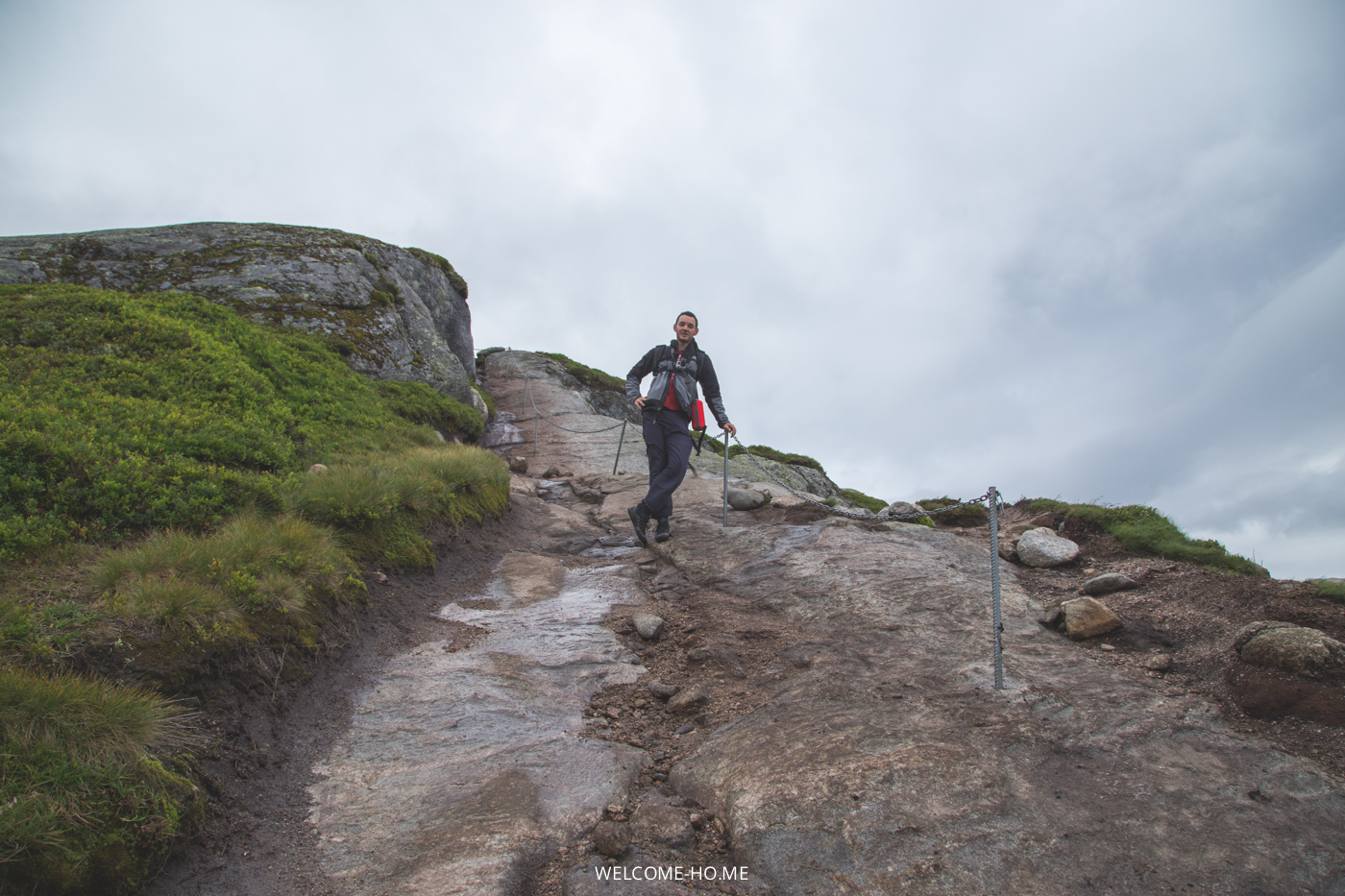 Find all the story about our Kjeragbolten hike and the pictures on this link.

After the hike, we drove back to Lysebotn but this time we were going to take the boat. It was totally worth it. We could see the Kjerag rock from the water. In a very small rock but still we could see it. Few hours before we were on top!! 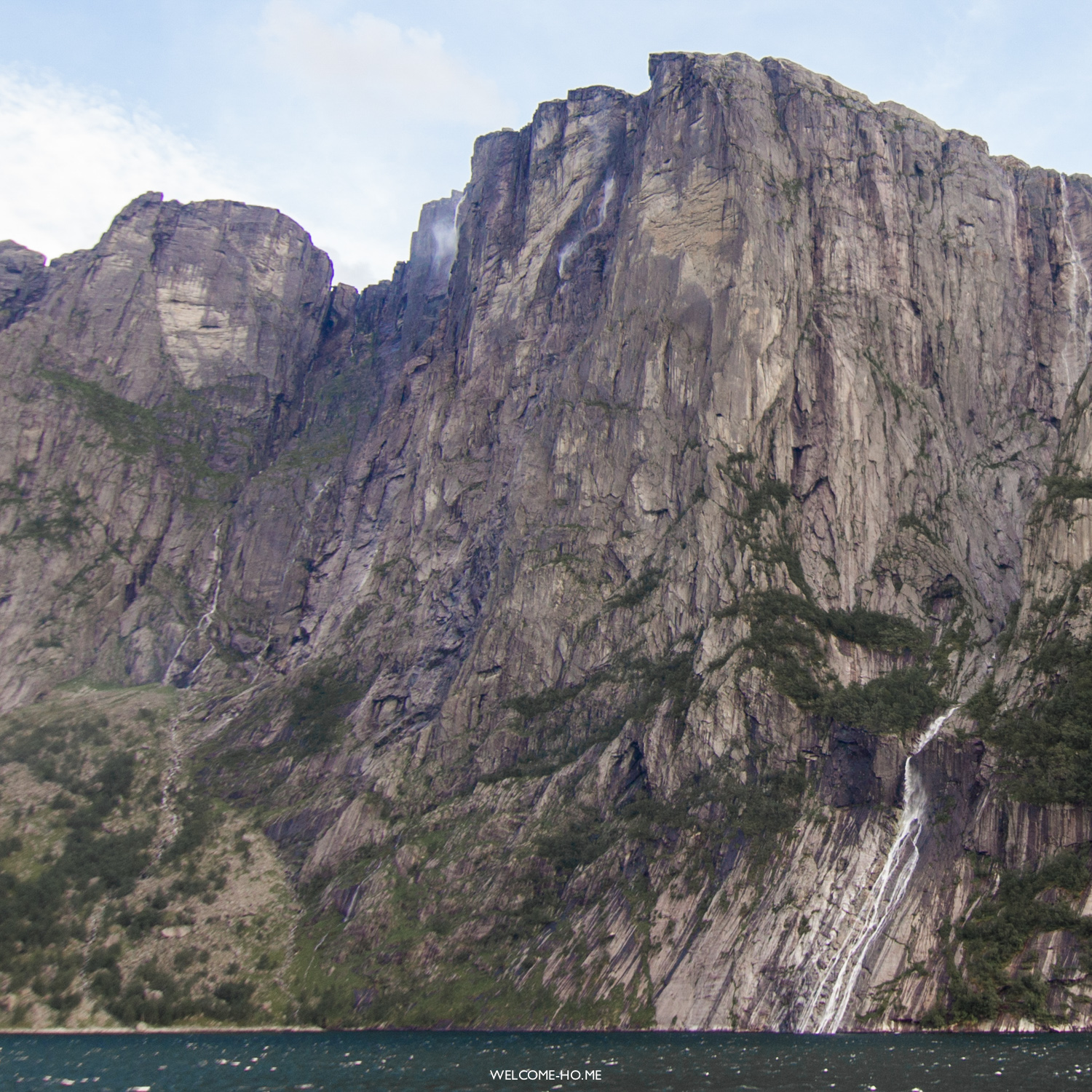 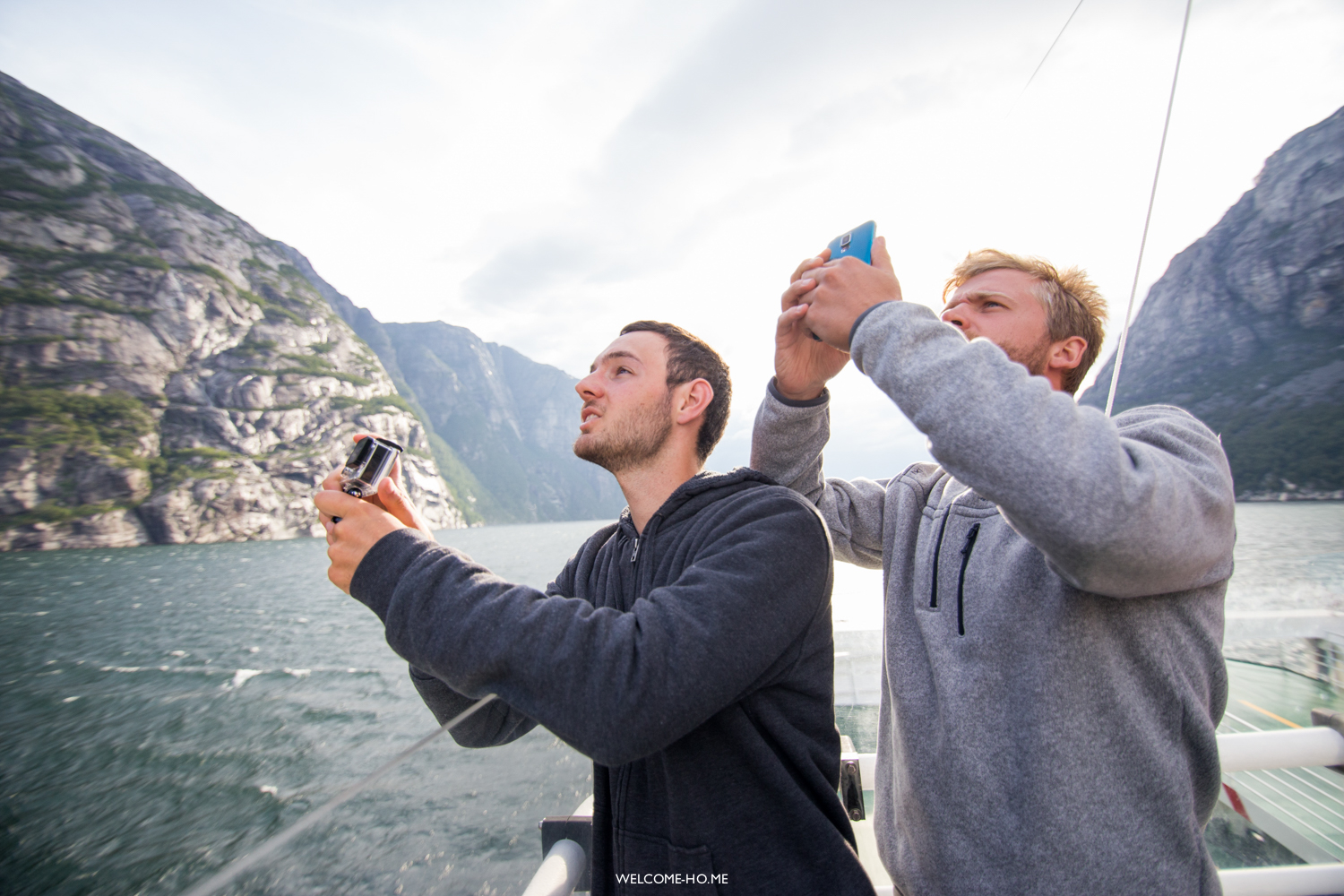 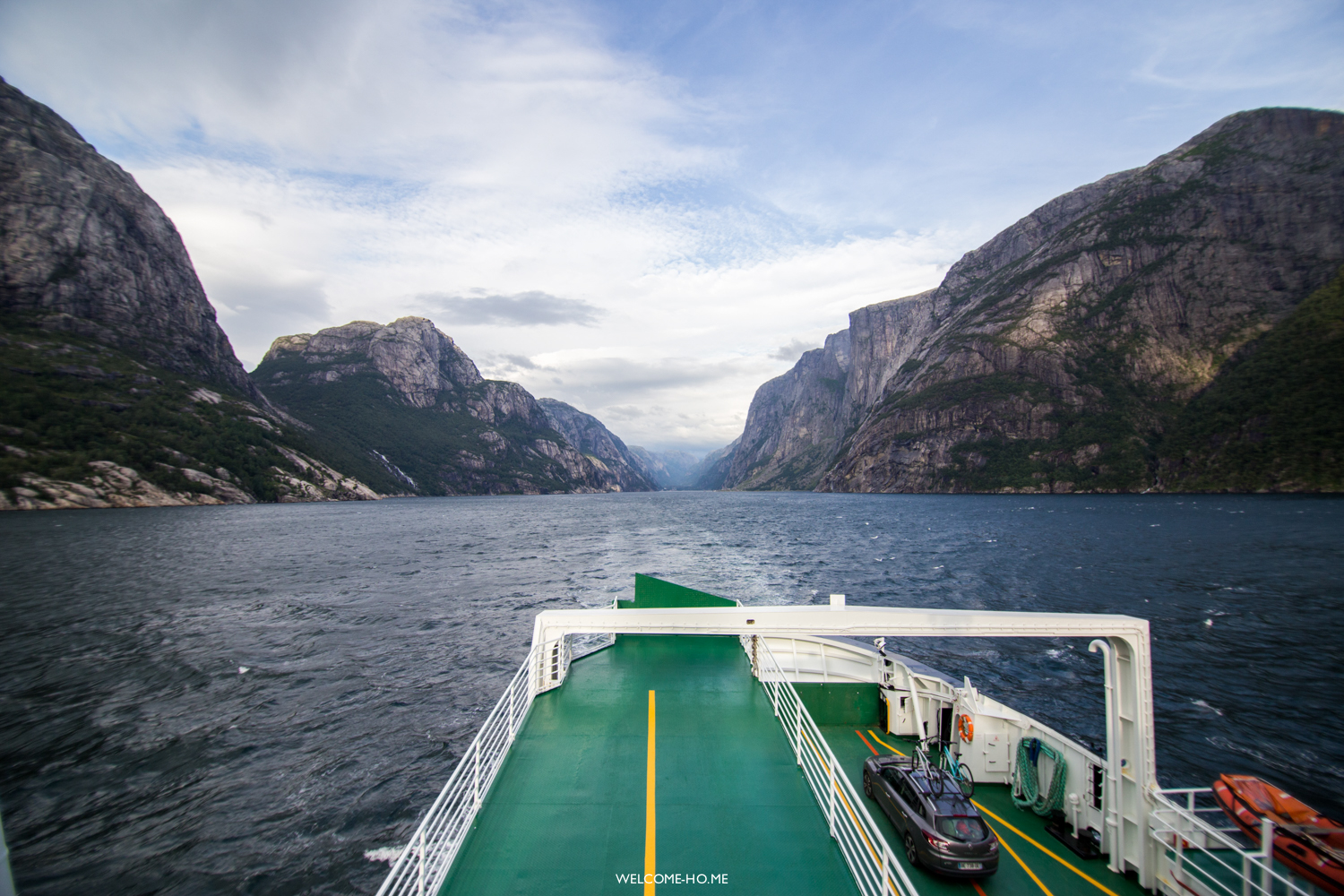 The boat left us at a small road (smaller than we thought). It is not the touristic road but it was going to take us to the Road 13 at some point. The road was amazing. At some point, we arrived in a flat land on top of the mountain and there was a big lake. 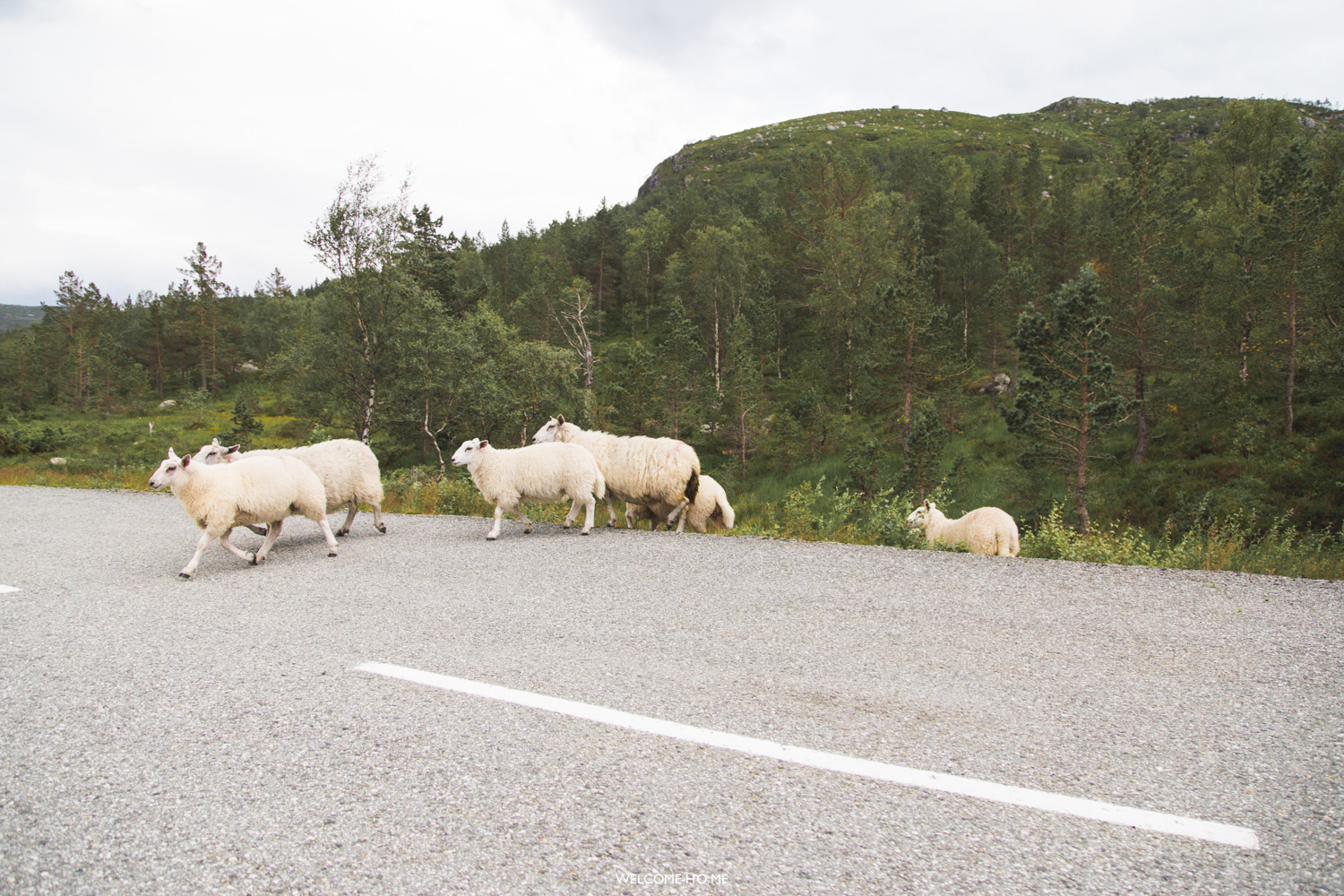 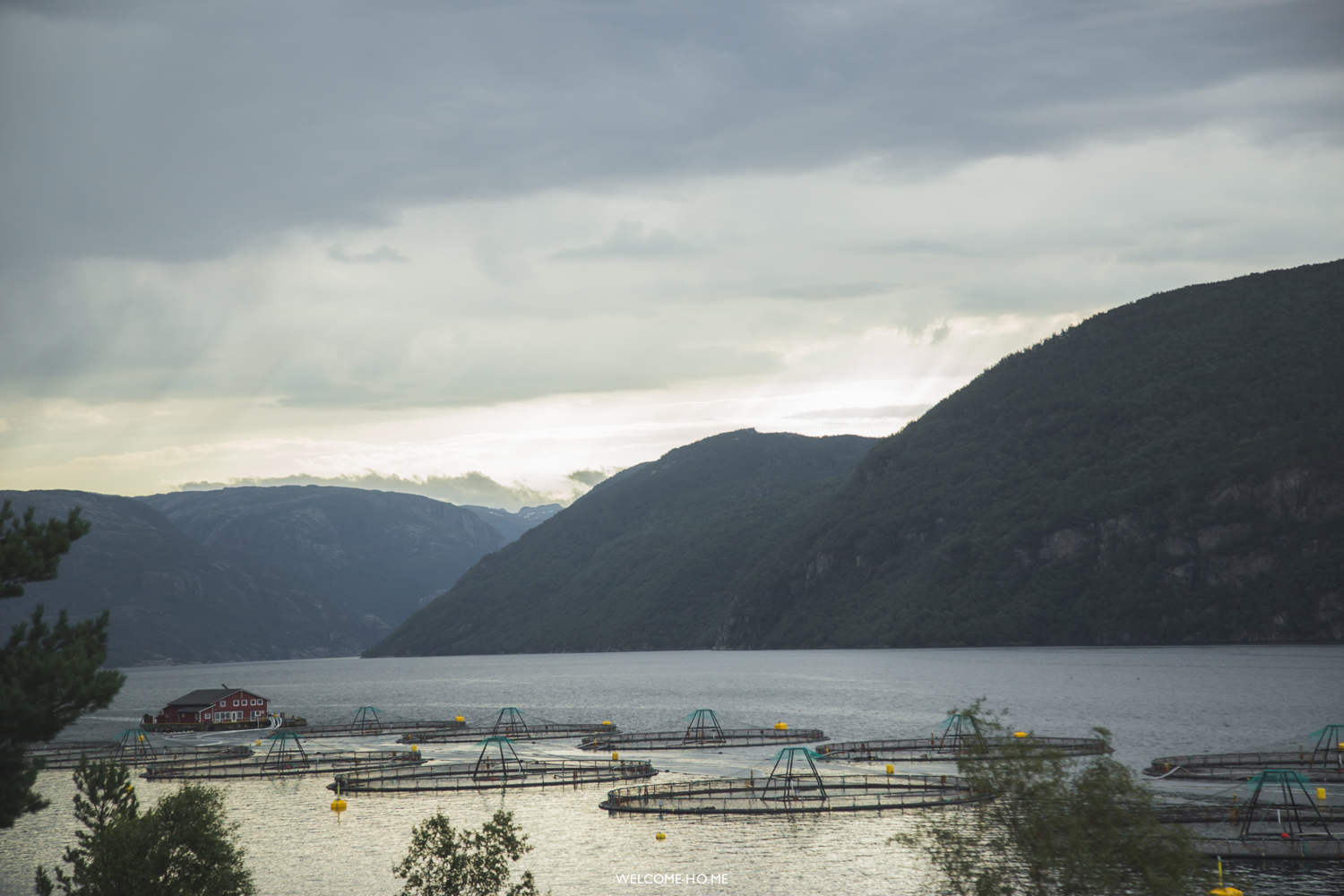 We continued the road and took the Road 13 until it started to get dark and we needed to stop somewhere to sleep. We found a small land to put our tents in the middle of nowhere. I was so scared an animal would come and eat us! Or that the land was owned by someone and that someone come during the night, not see us and drive through us! Yes I’ve seen too many movies! 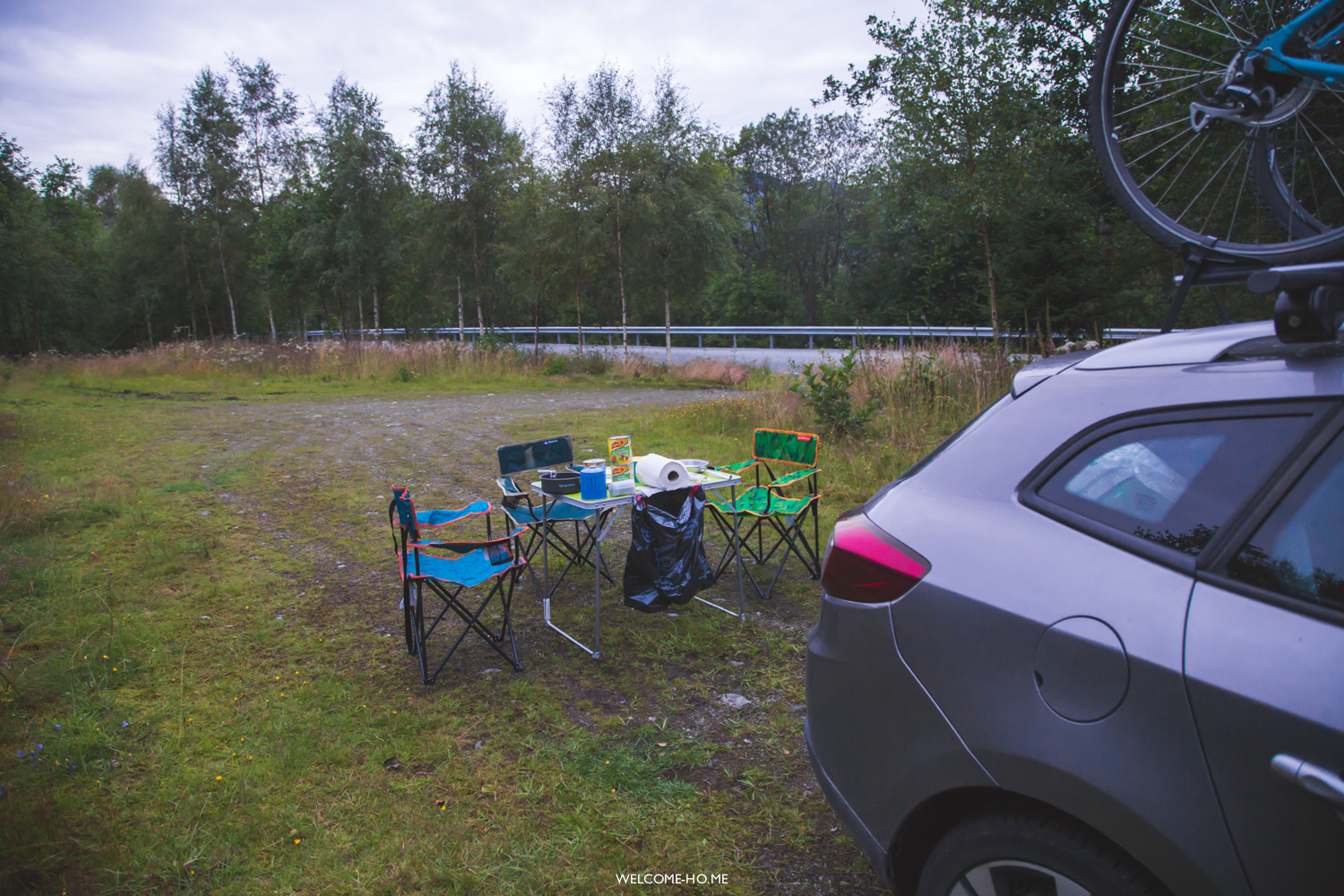 You want to know what else we saw and the end of the story? Click on the second part of the article below. 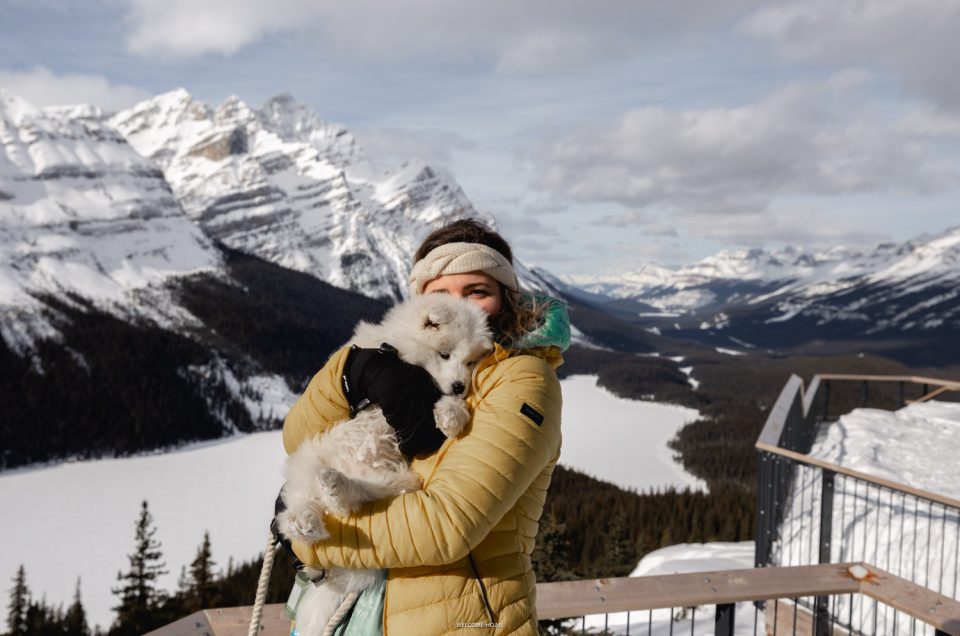 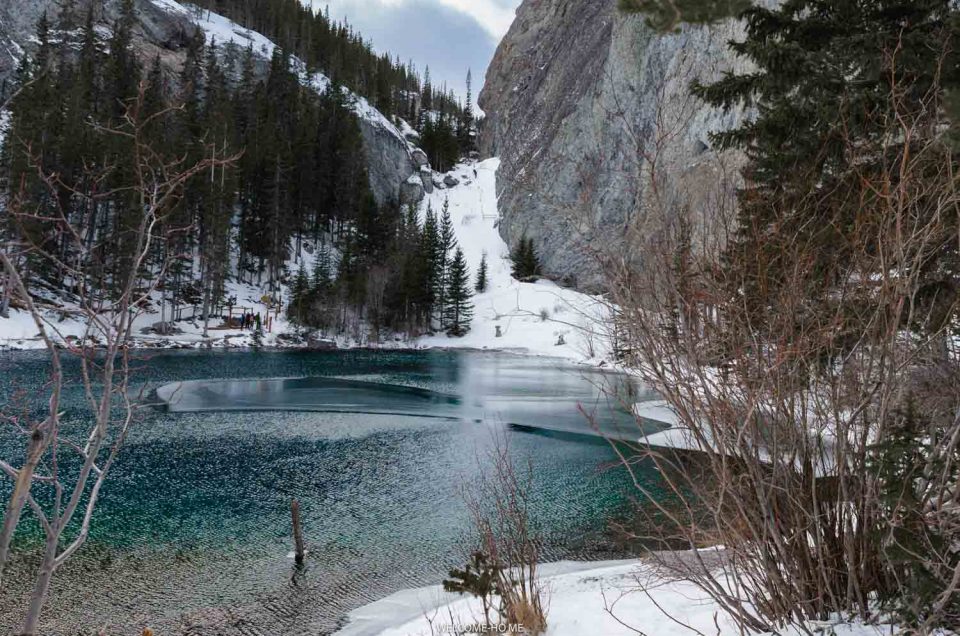 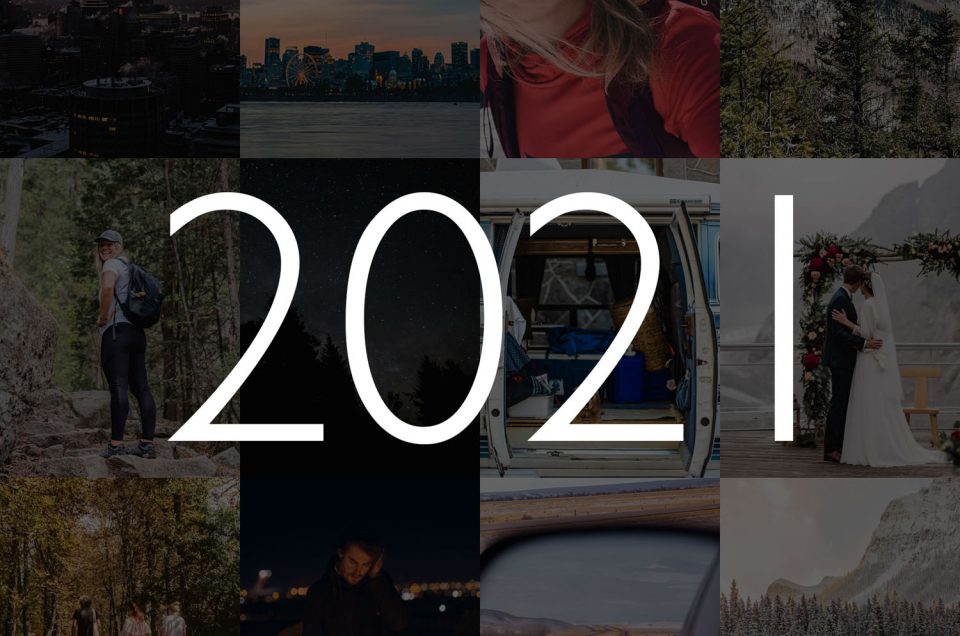