I travelled a lot during the past few years. I travelled a lot and for a long time too. I went three times in Canada, twice were for six months, once for a year. Though I always made it back before it has been a full year away.

This time, it has been a full year. Day for day. We left on the 10th of March last year in France. We knew we wouldn’t be able to come back home before at least a year. Indeed, we were going to New Zealand for a working holiday visa and New Zealand is too far away to be able to come home for Christmas or New Year: at least 30 hours of plane with at least one stop somewhere. 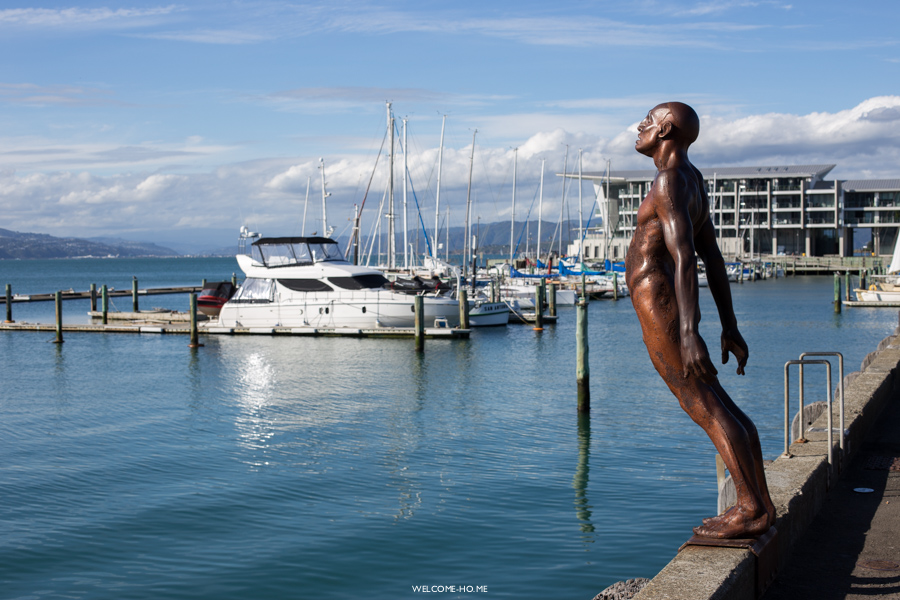 This was going to be the biggest trip I ever had and the biggest adventure too. I knew no one in New Zealand whereas in Canada I had family. I didn’t know much about the country except what I had seen in Lord Of The Rings (which is a very big modification of what the country actually is) and what I had seen on Instagram about it. Let’s say it: not much. 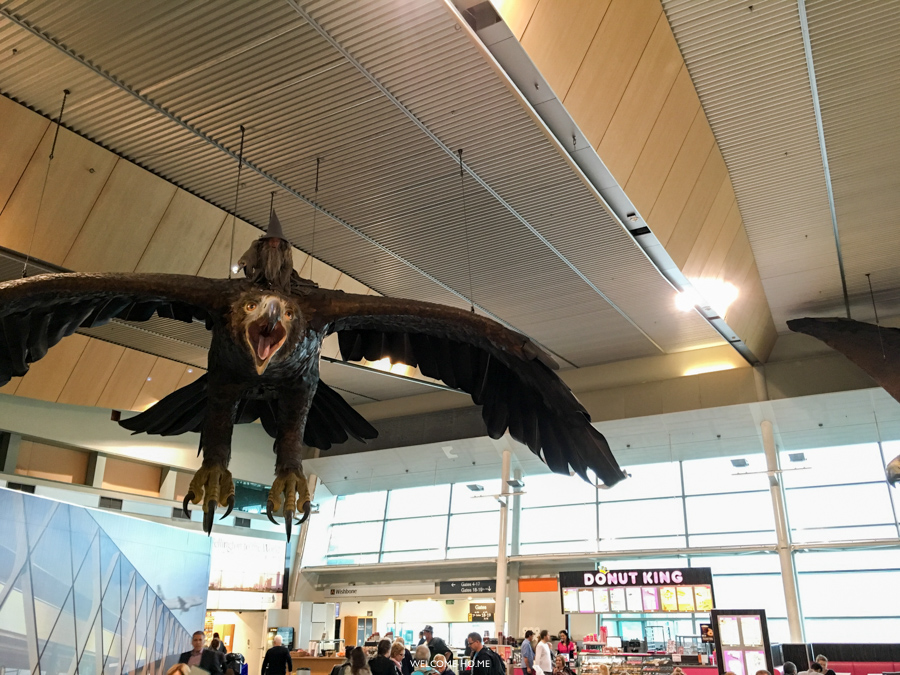 It was a big dream though. How often do you get and take the chance to fly and live at the exact opposite of the world where you usually live? 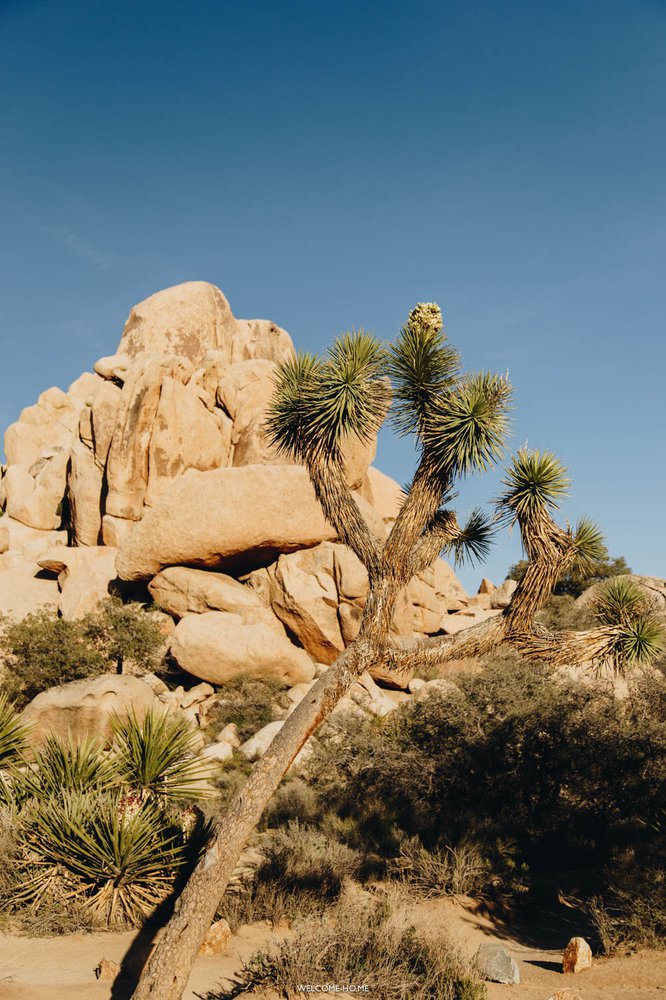 A lot of people asked me before I left when I was going to stop travelling and when I would settle down, find a stable job and create a family. Well, it was mostly my family who was asking but anyhow. The thing is, I have a job that allows me to work from anywhere, for anyone. I love travelling. I couldn’t find a job that suited me back home. I was freelancing meanwhile. So why would I not go? Yes, I will miss my friends and family but I will get to see them again. I know our friendship and link has no frontiers. At this point of my life I just wanted more adventure and freedom, I needed more adventure and freedom. I don’t have a loan, I don’t have a house, I don’t have a dog, I don’t have kids… It’s easier to move now than it will be later. I needed to break away from all the things going on in France. The silent war climate that exists since the different attacks on the country. I couldn’t bear it anymore. It feels like we have been hit and the pain lasts a few days and then everyone is back to normal. Politicians fighting for power even though they have been caught lying many times. It was true a year ago and now that the presidential election is around the corner (in May) it’s even worse. 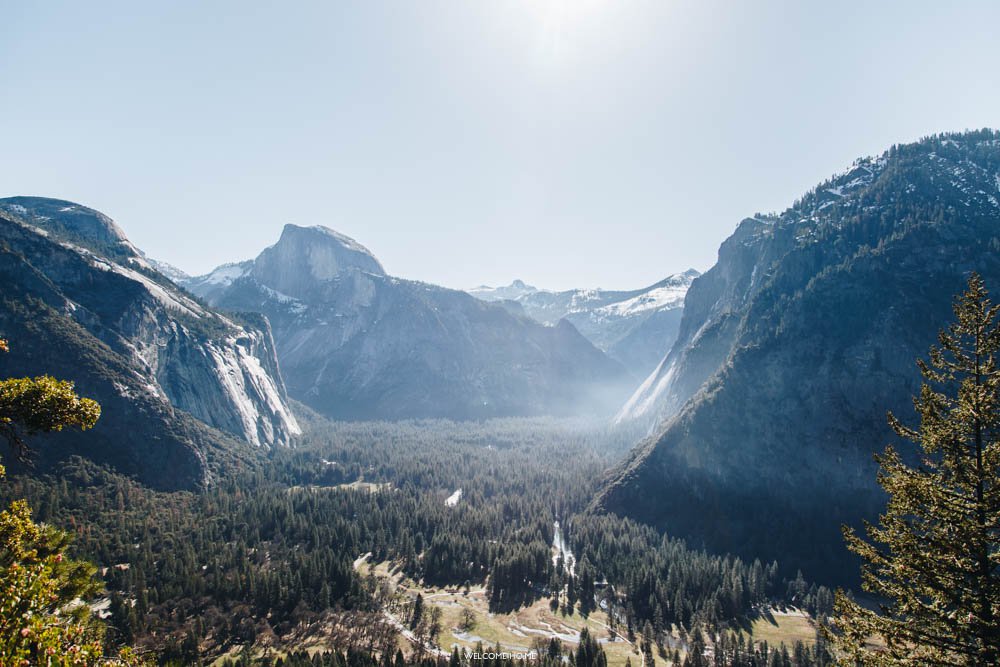 I just needed some fresh air, and what’s better than New Zealand for that?

One year has now passed by and I haven’t seen it pass. It was so quick. We’ve done so many things. 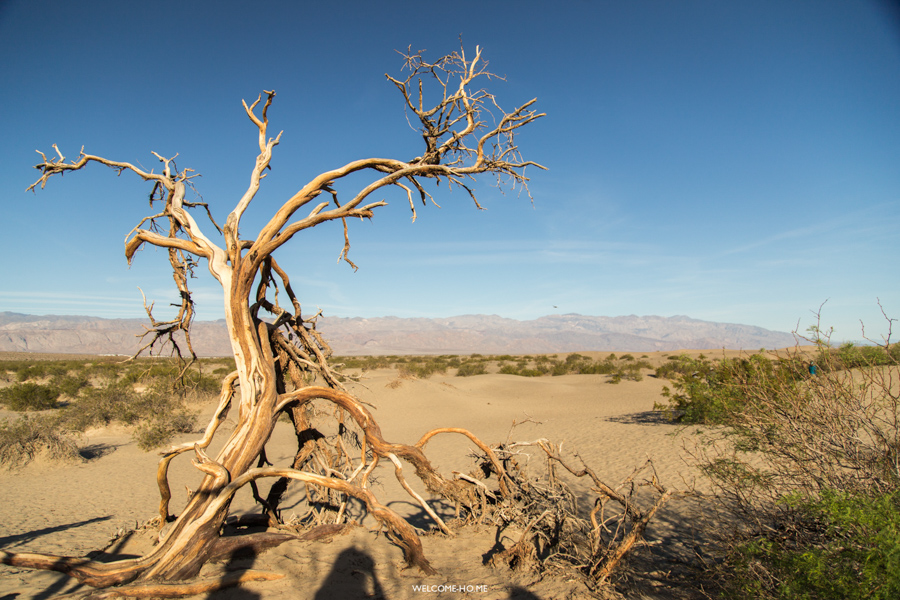 I finally got to go to San Francisco. The city of my heart I always wished to go to. 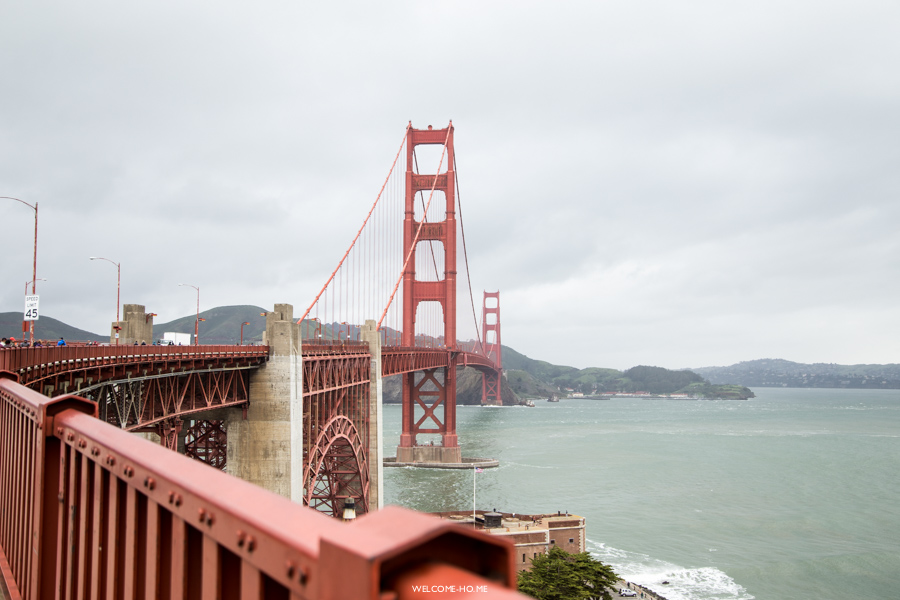 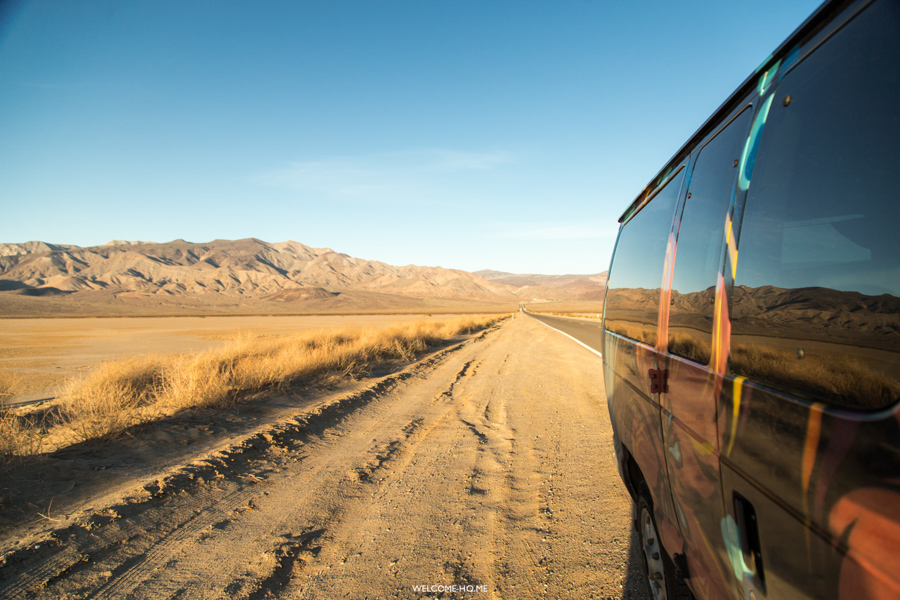 Travelling with our Escape Campervan was an unforgettable experience

I had deceptions but so many more surprises. Good ones.

When we reached Wellington, sun was on for more than a week. No wind either in WindyWelly. It took a while to adjust, find a place to live in and for me to find a job.

I am so grateful today for everything that I lived here (and that I still live). I found the two jobs that changed my life. 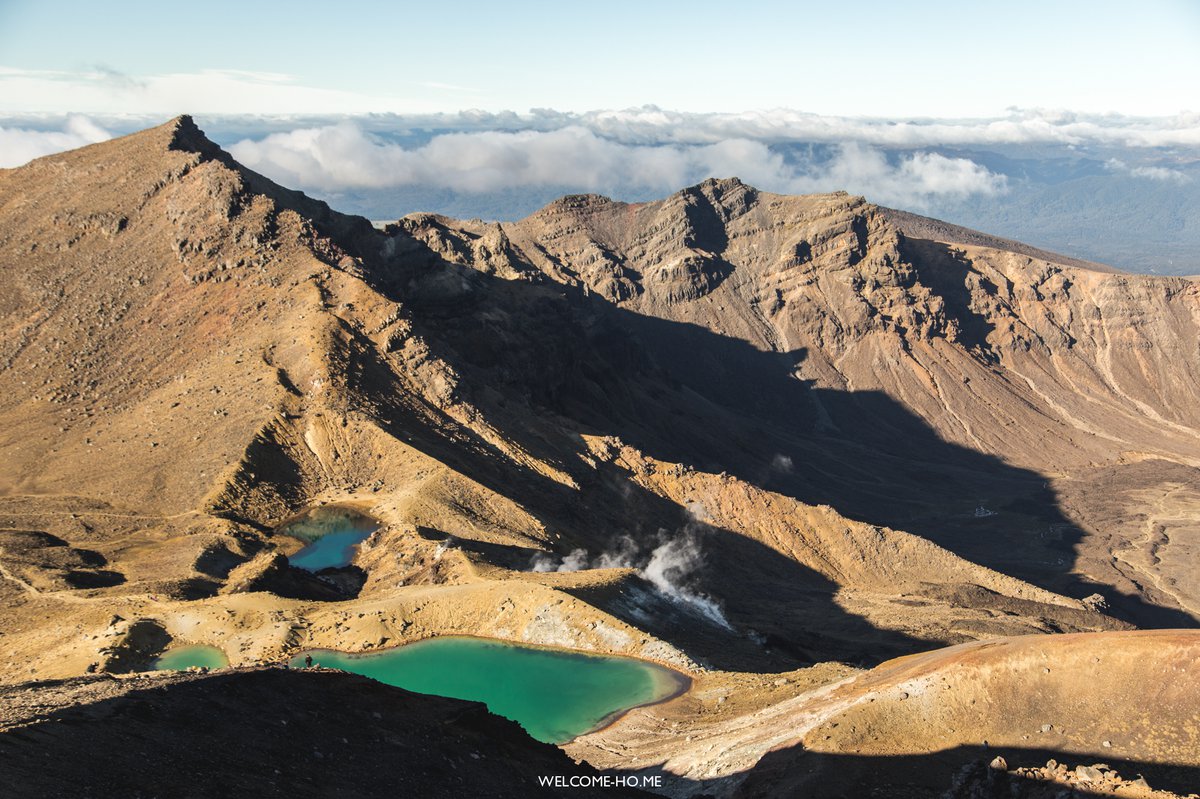 The first one was for two months at Poquito. It is a cafe and bar in Wellington. It was closed since the Earthquake in November but it reopened yesterday (and they are having a party on Sunday night!). I met amazing friends there that I will miss a lot but I know we will see each other again.

I learned that the best part of being a barista was the people you met. That the clients that came in every day can expect from you to remember their name and their coffee orders. Human contact is what we are all looking for and that’s the best thing about Poquito. They make an effort to remember you.

Beautiful Wellington from the sky 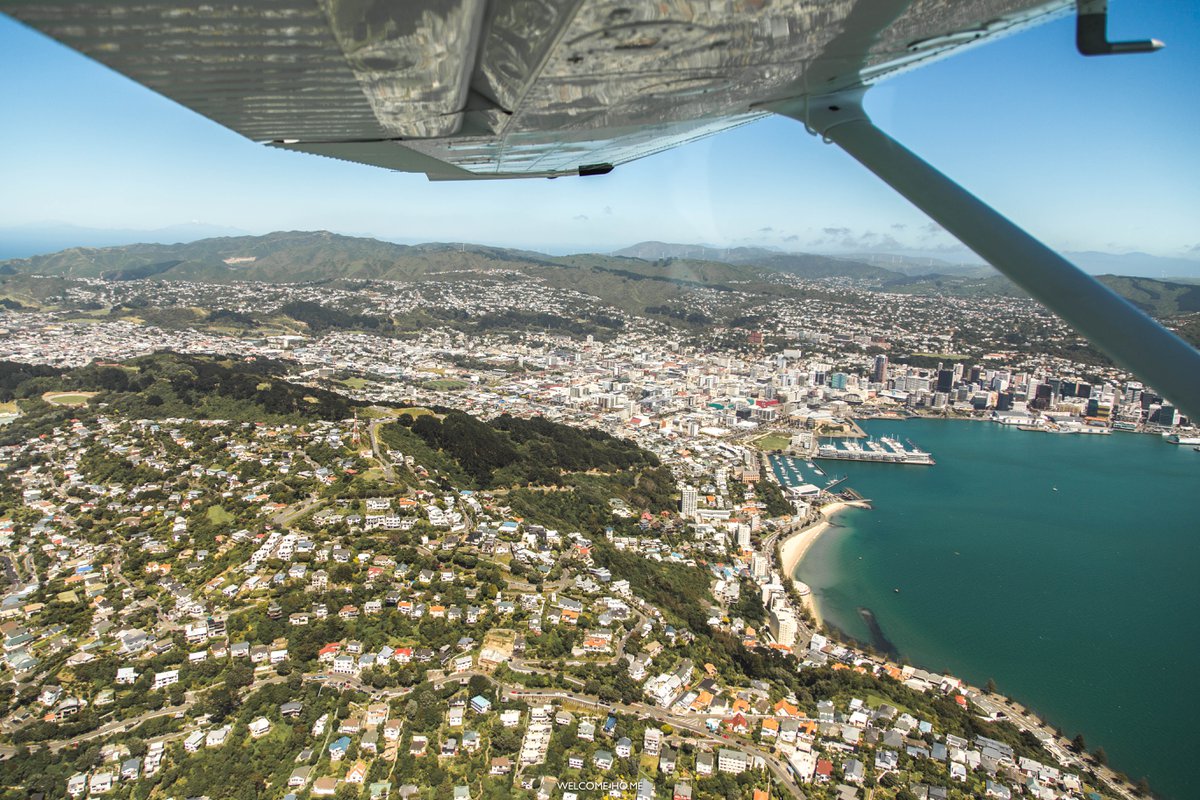 My second job was what I was trained to do: web development. I learned there that I still loved my job and that even in a company with more than 40 employees, you can still expect everyone to know your name. You can still expect the directors to talk to you as if you were friends. I learned that doing a good job didn’t meant being treated badly. I learned that there was more to the job than being an expert in your field. If people take chances on you and treat you with respect, you will want to give more back. It’s not because you work in the IT area that it is not about the people. You can choose what you want to do and who you want to get involve with. You can love your job and the people you are working with.

Wellington's Windfarm with the South Island in the back 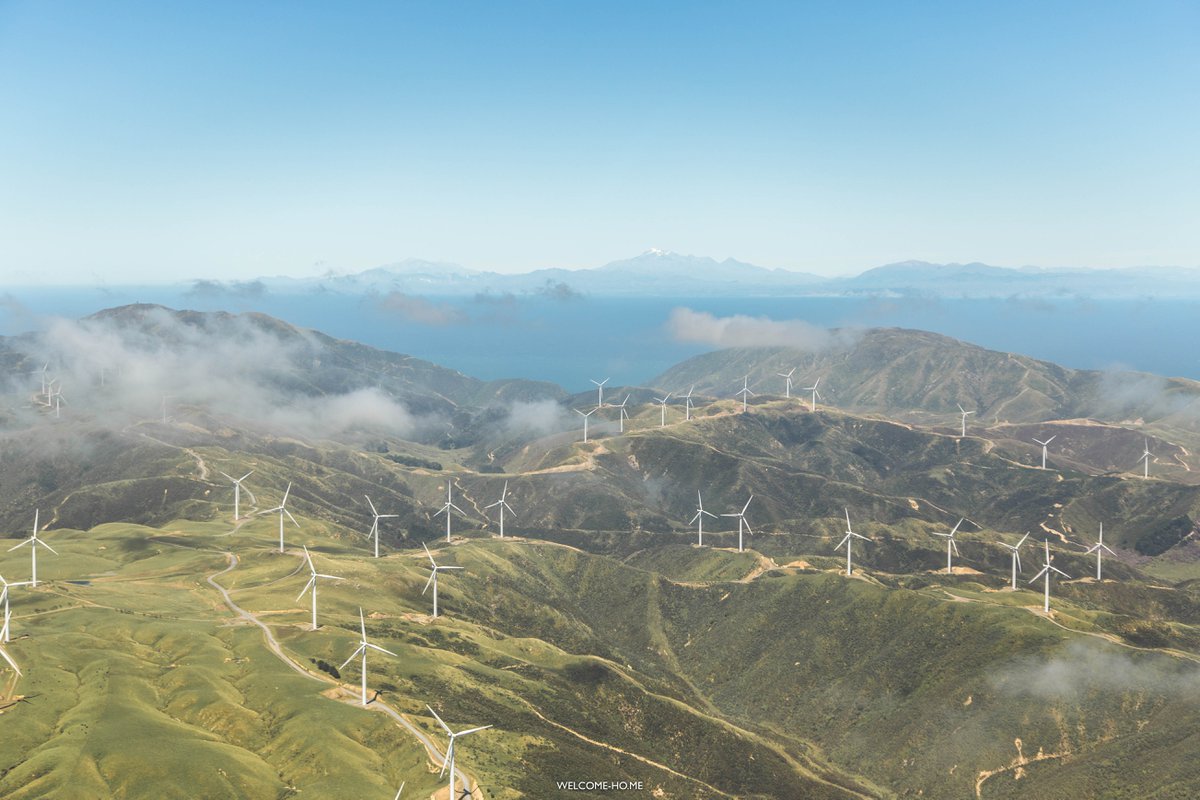 I loved everything about Wellington – even the terrible wind and rain that caught up with us. I made a new family there and I wished I could stay. I never thought I would want to settle anywhere else than in Canada but New Zealand and New Zealanders gave me so much that I can totally see myself living here. It is so peaceful here.

The Hokitika Gorges in the South Island 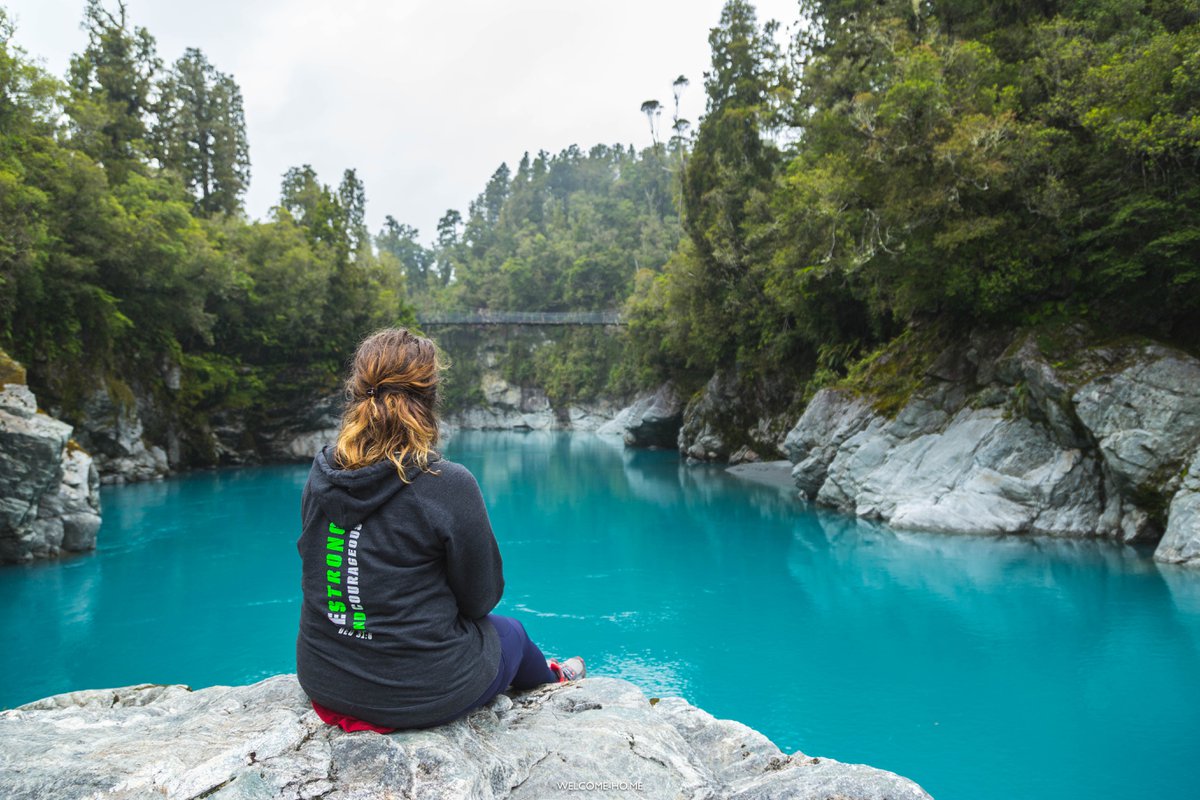 The South Island trip we did for two months was also amazing. I saw that the Milky way actually existed and that there was a place where you could see billions of stars without having to be miles away from a city. I proved to myself that I could hike four days if I wanted to. We met some incredible people on our hikes and I will never forget them. Old people hiking for the sake of the beauty of it, husband helping a sick wife do it to prove to herself that she could too, young people like us, looking for something more.

Even in the dark of stars you can see the stars 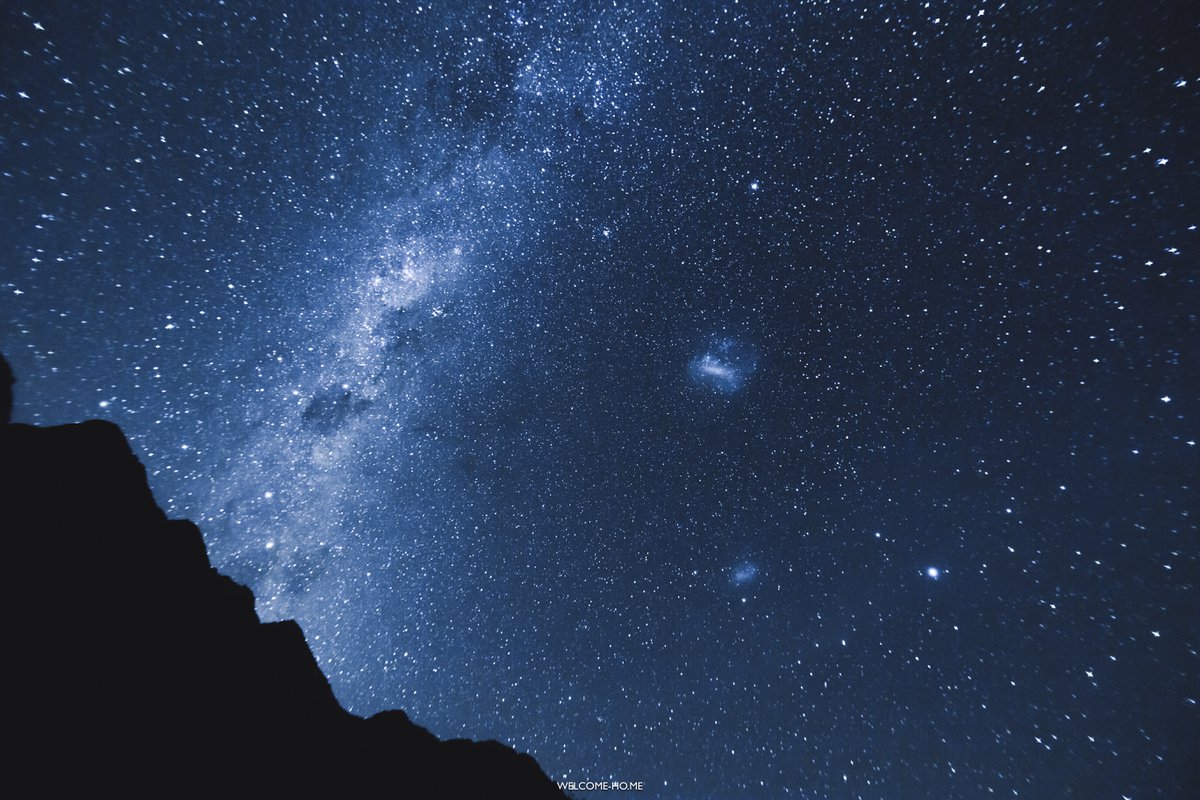 On the Routeburn Track 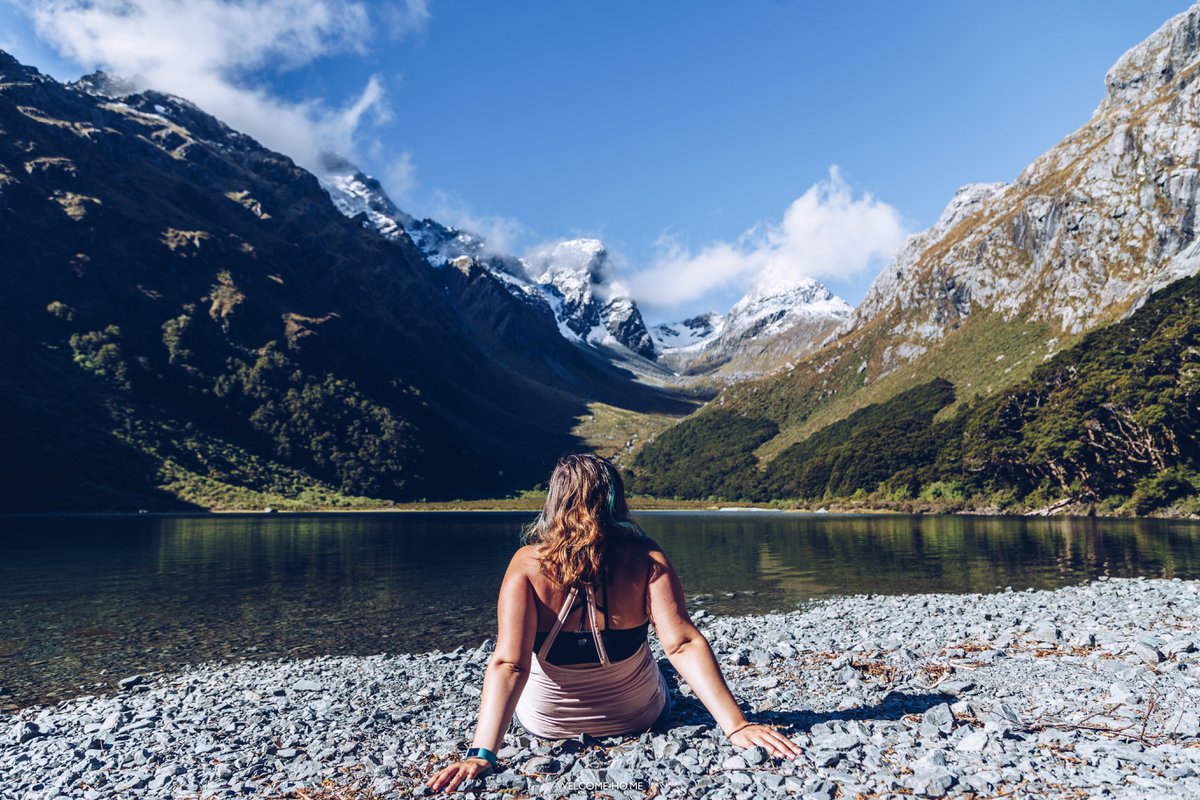 Me with blue hair 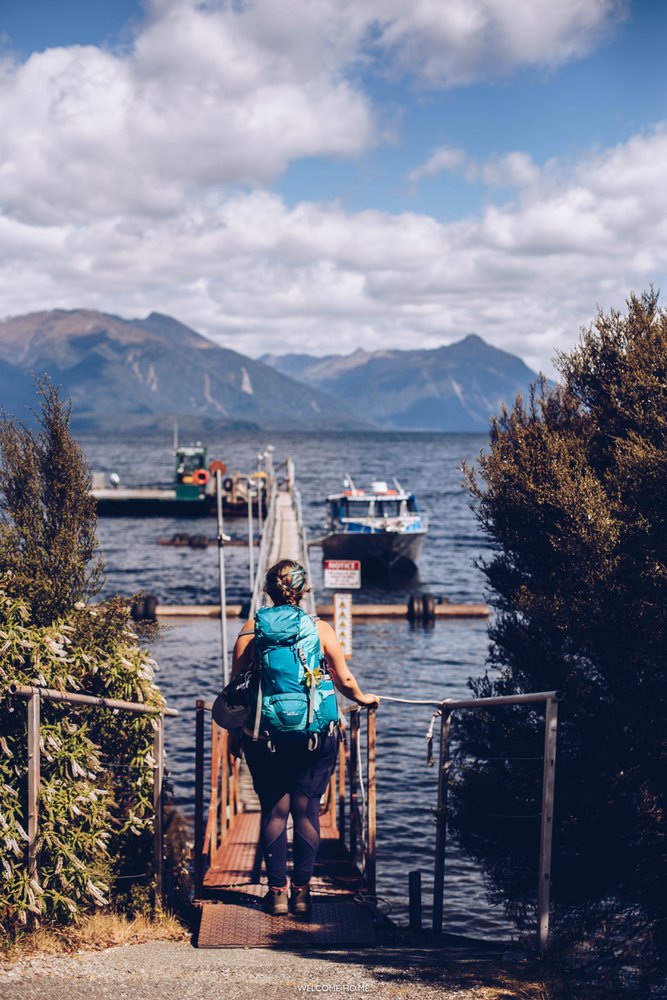 One of the most mesmerizing #sunset 🌅I have seen in #NewZealand so far. Lake Tekapo has many beautiful sides. Either during the day with the turquoise water or at sunset with the red mountains reflecting or at night because it was classified one of the darkest sky 🌌 #laketekapo #tekapo

If I needed to define New Zealand in three words it would be:
Liberty, Equality, Fraternity. Those three values that we know so well in France but that don’t mean anything any more for our society. It is good to have something to live by that represents us, it would be better if it was actually real.

It’s been a year today but it feels like a day. We still have four months to go and I know now that I will enjoy them as much as I can because tomorrow they’ll be gone. 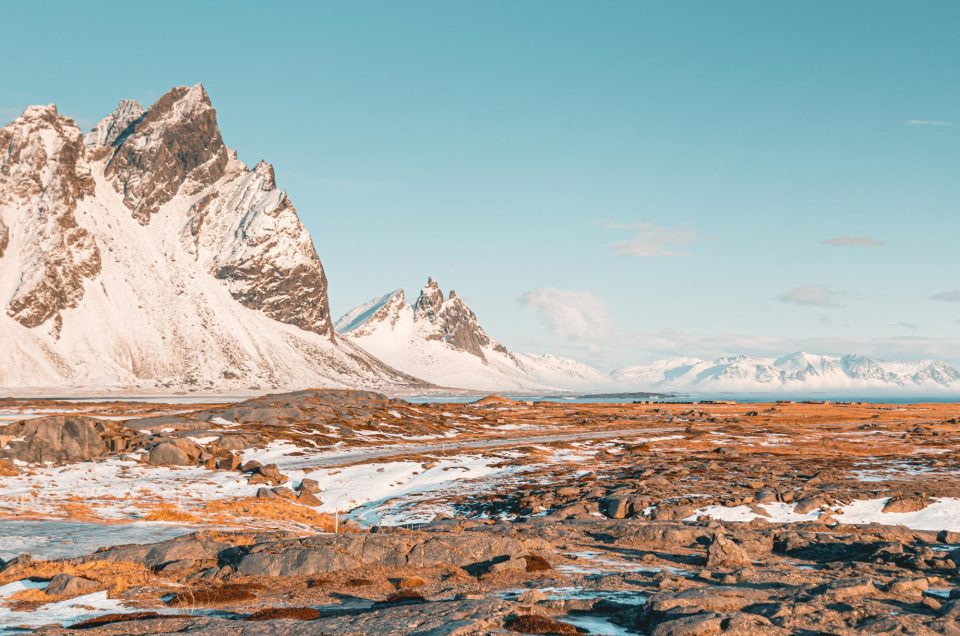